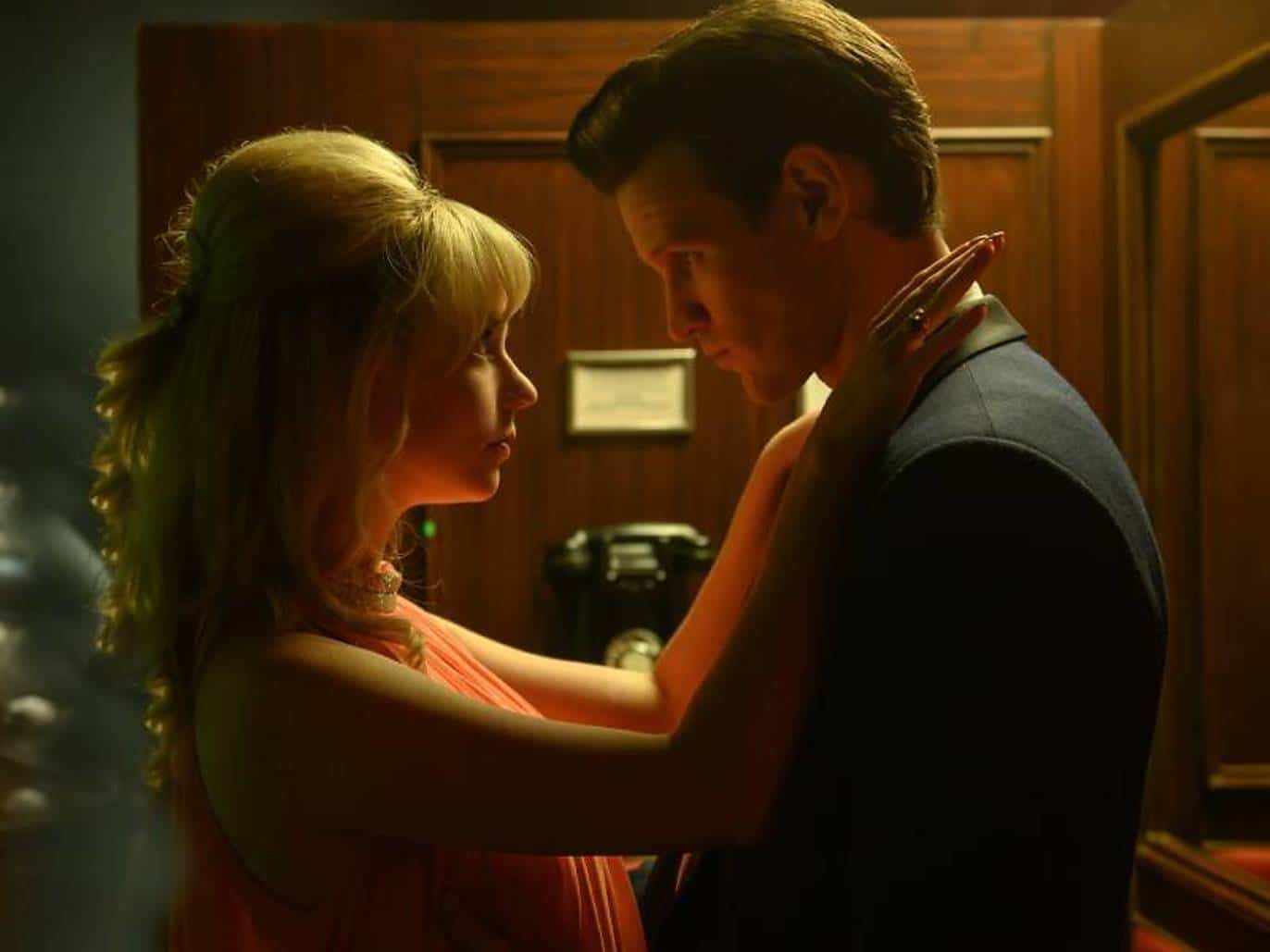 Only residents know the misery of living in the toilet that is today’s Soho with its sordid street eateries all night disco taxis. To the outside world louche glamour has always been the watchword for this niche quartier and this edginess is revisited in Edgar Wright’s first horror pic, a warped psychological thriller inspired by the psychotronic cinema of the 1960s and ’70s.

Last Night in Soho has vintage star power in the shape of British screen veteran Rita Tushingham, playing the protagonist’s doting grandmother, Peggy, who fondly remembers her own glory days in around Carnaby Street. Joining her is Terence Stamp and Diana Rigg, in her swansong, in a party that is refreshed for a new generation with a time travel twist and a vampire subplot that rather outstays its welcome.

Wright, best known for his zombie cult classic Shaun of the Dead, brings the dizzying dynamism and style of Baby Driver to a feature that carries us forward like a perilous ride at a fun-fare with its neon shot aesthetic and retro score of classic hits from Dusty Springfield, Cilla Black, Sandie Shaw and Petula Clark but the music is drowned out by the extended horror element that overwhelms character and storyline in the final stretch.

It all starts in Cornwall where Thomasin McKenzie is ambitious dancer Eloise Cooper. Raised as an orphan by her grandmother Peggy – her mother committed suicide – Eloise dreams of Twiggy and Audrey Hepburn in Breakfast at Tiffany’s. Awarded a much coveted place at the London College of Fashion, Eloise then heads to the capital as Peggy’s warnings about the seamier side of London fall on deaf ears.

Bitchy flatmate Jocasta (Synnøve Karlsen) proves too much for the delicate Cornish rose to handle so she moves on with down-to-earth Ms. Collins (Rigg) who keeps her on the straight and narrow, for a time. But the young girl’s dreams turn to nightmares in a tonal shift that grows sinister in the garish strobe of the lighted signage outside her bedroom. Now in a nocturnal time warp Eloise meets Anya Taylor-Wood’s blonde, back-combed singer Sandie dancing to an electro disco vibes from Steven Prince. Dreams of fame and success taunt the young Cornish creative, blind-siding her to the lascivious intentions of her seedy agent Jack (Smith) who’s all over her like a cheap suit – and wearing one too.

There is a distinct feel of Peter Strickland’s In Fabric to the tone and styling here as Eloise’s life swings form the past to the present, her fashion career gliding sinuously through a series of twists and turns as she descends into the dark demimonde where Eloise’s forays intensify in a vivid vibe of danger.

She meets Terrence Stamp’s suave silver fox and Michael Ajao’s sweet romantic dreamer to the retro vibes of Petula Clark who trills: “forget all your troubles, forget all your cares, so go downtown.” Wright presents Soho as synonymous with glamour and vice in a musical fantasy exploring the darker face of fame and fortune. Shame there wasn’t more of the music and less of the gore. MT