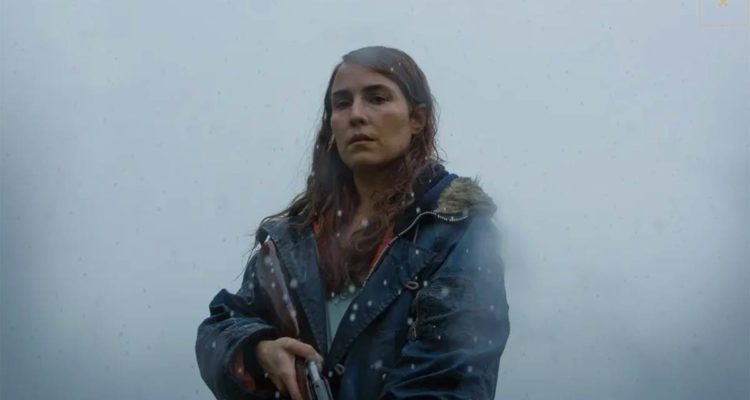 This surreal sci-fi for animals lovers is one of a new breed of arthouse films that blends folklore and fantasy horror with a surprising touch of dark humour.

A first feature for Icelandic director Valdimar Johannsson, its intriguing premise invites us to suspend our disbelief when a childless couple in a remote farmstead in Iceland unexpectedly become parents during the lambing season. Ingvar (Hilmir Snaer Guonason) and Maria (Noomi Rapace) realise this is no ordinary newborn. But the sense of joy they feel at finally being a family of sorts fills the couple with a warm contentment. The docile baby takes pride of place in their bedroom, and life goes on as normal.

But there’s an unsettling undertone to this birth that leaves a nagging doubt in our minds and fuels this sober arthouse curio with eerie dread. The reason for their muted joy soon becomes apparent in a way that is both amusing and bizarre, with its distinct references to Cannes 2021 title Annette and even the recent Border.

Johannsson’s spare soundscape echoes around the bleak lunar-landscapes of Iceland’s craggy peaks and windswept terrain. But the tone lightens with a visit from Ingvar’s musician brother Petur (Bjorn Hynur Haraldsson) whose reaction to young Ada is hilarious but also worrying until he gets used to the unorthodox new household. This amusing interlude provides the story with an upbeat vibe and some rather touching family scenes as the two bond both outsiders in their own special way. But the nagging suspicions remain. And it’s the film’s cruel finale that provides a tragic twist that reminds us that Ada may have been nurtured by loving parents but is still a wild child at heart. MT