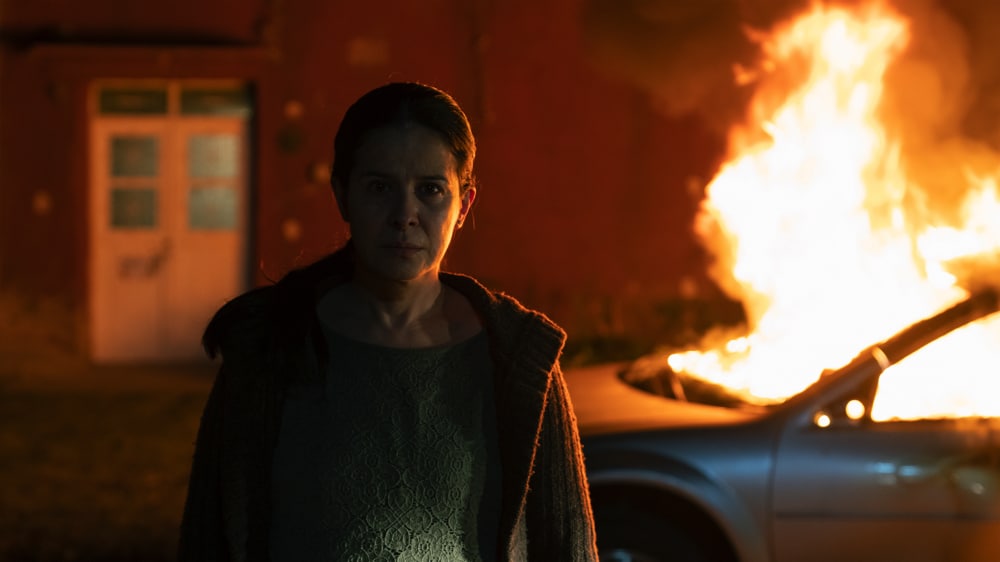 La Civil is only the third Belgian Flemish feature of recent years to be included in the prestigious official Un Certain Regard sidebar at this year’s Cannes Film Festival.

Another startling episode in the history of Latin America was the inspiration for this feature debut from Belgian-Romanian director, Teodora Ana Mihai. This time we’re in Mexico channelling the tragic real life experience of Miriam Rodríguez through the character of a young mother Cielo who is desperately looking for her daughter abducted by members of a drug cartel. Once again, the authorities are not much use so Cielo (a feisty Arcelia Ramirez ) takes things into her own hands gradually turning from ordinary housewife into avenging activist, all for the love of her daughter.

Visually striking and packed with gritty authenticity thanks to a script from Texan born Mexican author Habacuc Antonio de Rosario the film comes alive in relating the ongoing horror of families blown apart by drug cartels, not unlike the British equivalent in the recent County Lines. At its heart La Civil is about unconditional parental love, a mother refusing to back down in the face of a venal enemy, prepared to do anything to save her child, rather like this year’s other Mexican survival drama Amparo playing in the Semaine de la Critique section.

Here the camera sees things from the victim’s point of view with strong atmospheric echoes of the US TV crime series Narcos. MT