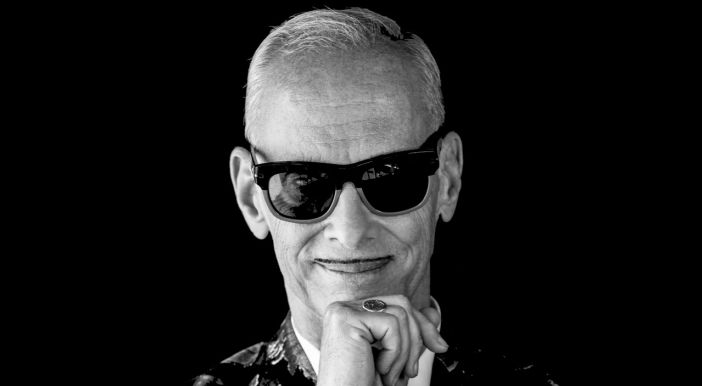 John Waters was born in 1946 into a well-to-do Catholic family in Baltimore where he was educated privately. But his life’s work was to be far from ‘ordinary’.  Nowadays he enjoys cult status in a flourishing 50 year film career that attracts more and more attention, although his last film was made over ten years ago. A Dirty Shame (2004) was not altogether a critical success and was almost a failure at the box-office. Clearly his unusual, offbeat persona attracts his growing fanbase – cineastes who enjoy his ability to shock, appall and repulse. He famously once said “you have to do work that doesn’t just appeal to your mother”. So even his mother must be special.

From an early early age Waters was obsessed with violence and gore and formed deep attachments to a group of friends who would play the characters in his filmic fantasies. The most enduring of these was Glenn Milstead, later known as Divine, who also became his muse, appearing most famously in Multiple Maniacs, and gaining the nickname Prince of Puke. He started directing before he was 20 years old, making Hag in a Black Leather Jacket (1964) and Roman Candles (1966), two short films that also marked the beginning of his partnership with Milstead, who first starred in Mondo Trasho (1969). His breakthrough came in 1972 with Pink Flamingos, a trash manifesto that defined his style, followed by Female Trouble (1974) and Desperate Living (1977). He achieved mainstream success in 1988 with Hairspray, his last collaboration with Divine, who died shortly after filming. He subsequently directed Johnny Depp in Cry-Baby (1990) and made Serial Mom (1994), a blend of his original provocative vision and the genre of political satire. After various stints as an actor, he returned behind the camera with Pecker (1998) and Cecil B. Demented (2000), the latter staring Melanie Griffith and Maggie Gyllenhaal. A Dirty Shame was yet another confirmation of his interest in defying traditional values.

So he provokes and disgusts and doesn’t seem to give a damn, and that’s probably while he is also so popular, particularly as his oeuvre is so difficult to access on DVD, Blu-ray or VOD, and this is clearly one of its biggest draws, human nature being what it is..

In recognition of his edgy, subversiveness and creative eclecticism LOCARNO FILM FESTIVAL 72nd edition is this year awarding his a PARDO D’ONORE, a retrospective that promises to be ‘irreverent, awkward, desecrating, and irresistible’. The American director, screenwriter and actor will be the star of the screenings of A Dirty Shame and Female Trouble, and the audience will be able to literally smell his films: Polyester will be shown in Odorama – one of the first “olfactory cinema” experiences – exactly as it was in 1981, with scratch cards handed out to viewers before the screening. The audience will have the opportunity to discuss these elements during the customary chat with the filmmaker at Spazio Forum, which is scheduled for the last day of the Festival, August 17.

John Waters selected King Vidor’s Show People (1928) to open Locarno72 last year, with music by Philippe Béran’s Orchestra della Svizzera italiana. Says Waters: “Any movie that pokes fun at Hollywood, that mocks Gloria Swanson’s first films, that features Marion Davies (the most famous “official mistress” in history), that is directed by King Vidor (I’m especially fond of Beyond the Forest and Stella Dallas), that has cameos by Louella Parsons, Charlie Chaplin and Douglas Fairbanks, cannot be altogether bad. In fact, it sounds perfect to me.”