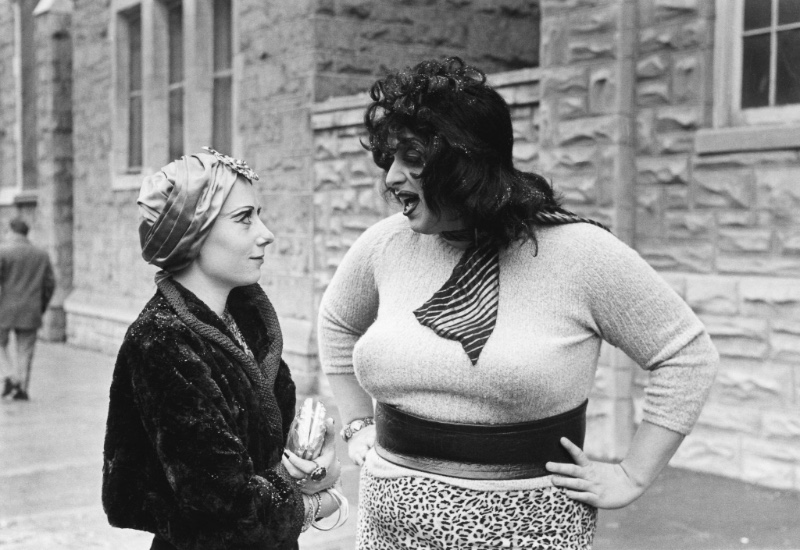 What starts as a fairly harmless peep show rapidly descends into mayhem and even murder in Maryland as the libidinous Divine wreaks havoc in this cheap and tawdry affair made all the more so by its grainy bleached out visuals and racket of a soundtrack. Yet there’s a touching honesty to MULTIPLE MANIACS that makes us forgive the creaky acting and amateurish scene transitions. Made on a meagre budget of $5,000 it was Waters’ second full length feature following on from his 1969 comedy Mondo Trasho, yet doubled its money on the opening weekend clearly marking Waters out as a cult director in the making. The narrative is not as light-weight as it would initially have us believe:  Heavily influenced by the murders of Sharon Tate and her houseguests, Waters likens the freak show minstrels to the marauding gang of Mansons who rape and pillage with tragic consequences. MULTIPLE MANIACS is not for the faint-hearted but it’s still eye-stingingly ludicrous, particularly the episode with the giant crustacean. Raucous and surprisingly watchable. MT

MULTIPLE MANIACS is screening from a new restoration from Janus Films – this restoration will present the Pope of Trash’s full, un-cut version for the first time ever on UK screens.