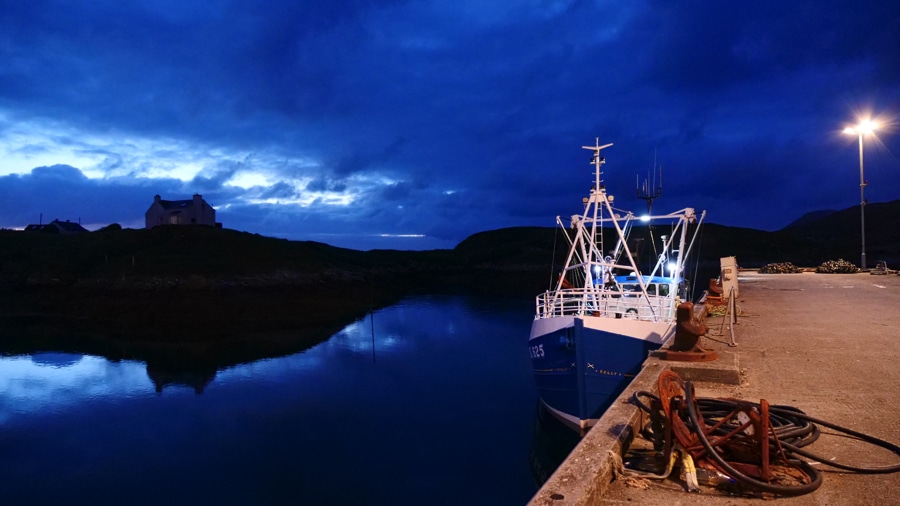 The first ever film in Scots Gaelic and none the worse for it, the native tongue – which has possibly only a year to live in its native setting – adding considerable atmosphere and poignancy to this impressionistic and informative portrait about fishing past and present before globalisation, climate change and Brexit decimated the stock. This film will certainly be meat ‘n bread (and possibly fish?) for dear old Nicola Sturgeon who is very much the poster girl for her country’s fishing industry. Livelihoods are at risk, not to mention the Scottish cultural heritage.

Back in the good old days fishing was the main industry up in the Western Isles around Barra, Vatersay and Cape Wrath, over a hundred miles North of Glasgow where the film screens at this year’s festival. The inhabitants of the islands today are observed on land and on water going about the business of fishing, while the ghostly voices of their ancestors tell stories and sing songs about life at the mercy of the sea.

In the mid-20th century, with the advent of portable sound recording, researchers started visiting the Outer Hebrides to preserve the voices of the islands for future generations. These were the first recordings to capture the oral history of Scottish Gaelic culture which stretches back thousands of years, and once covered the whole of Scotland, but now survives mainly in the island communities off the west coast.

Iorram is a second feature documentary for Alistair Cole whose work explores the link between language and the environment, as here where the evocative seascapes of the Outer Hebrides light up every frame. Music and fishing go very much hand in hand with being a sailor, songs and shanties keeping up the spirits and camaraderie during long or arduous forays into the blue yonder, and award-winning folk musician Aidan O’Rourke provides the film’s entrancing soundscape. Interestingly the word for rabbit sounds similar to the Spanish ‘conijo’.

Gaelic was once spoken across most of Scotland, but sadly Scottish Gaelic has now only around 11,000 habitual speakers, mainly in the Outer Hebrides, according to a recent study by the University of Highlands & Islands. Ironically, interest in Scots Gaelic is booming, with Gaelic schools flourishing in Glasgow and Edinburgh, and world interest in learning the the language has come via the internet and a ‘phone app (Duolingo has more than 560,000 registered learners worldwide signed up to Scots Gaelic). 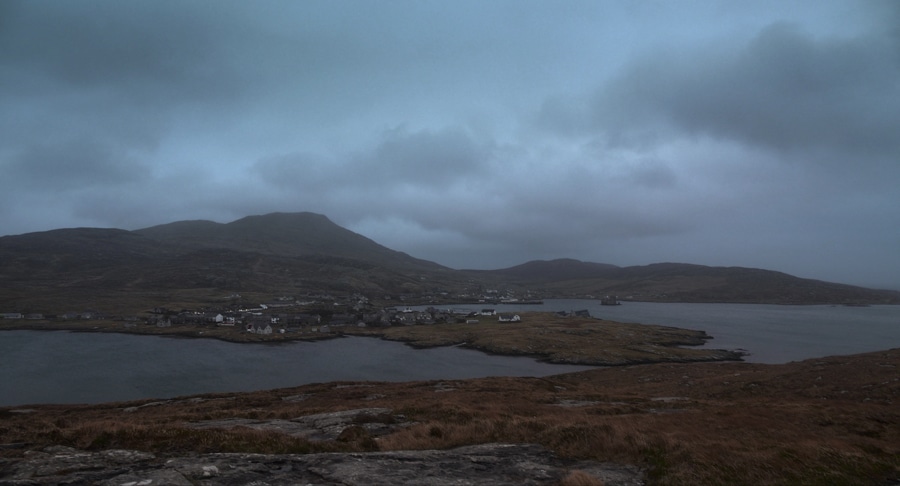 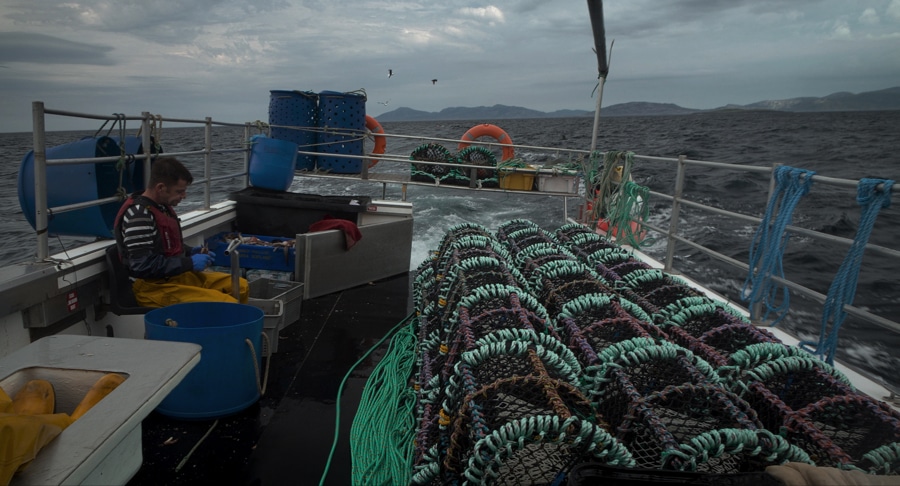 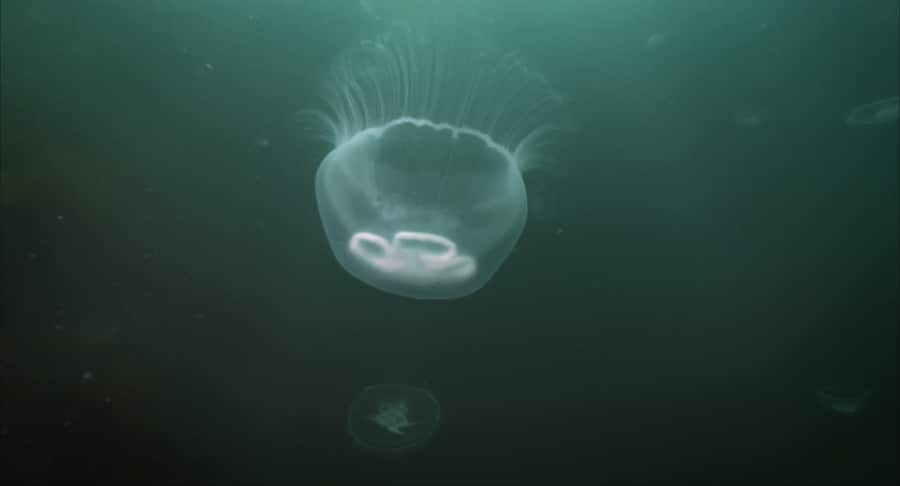 Alistair Cole works as his own DoP to create stunning 4k observational footage of island life today. While the sailers prepare their creels to set out for the lobster and langoustine catch, and these action sequences are combined with imaginative land and seascapes captured on the widescreen. Meanwhile the film’s narration is composed of archive sound recordings of Gaelic speakers in the Outer Hebrides from the 1940s to 1970s reminiscing about the past when fish were so plentiful that the boats were often out all summer, and the locals time on land was spent busy with the harvest and looking after livestock. Holidays were never even considered, let alone taken. Other filmed footage shows local woman going about the meticulous preparation of the prized catch destined for restaurants all over Europe and these contrast with the lilting voices of the past sharing magical tales of fairies, mermaids and patron saints of the islands keeping the folklore alive.

Over the past decade, the School of Scottish Studies Archives has digitised and restored these recordings. Cole has selected the most emotional and lyrical voices in exploring the often fraught relationship between the fishing community and the stormy Atlantic Ocean.

World Premiere at the Glasgow Film Festival on February 28th 2021, followed by a virtual UK theatrical release from March 5th 2021 via the Modern Films ( in collaboration with key independent cinemas across the UK, and other partner organisations.