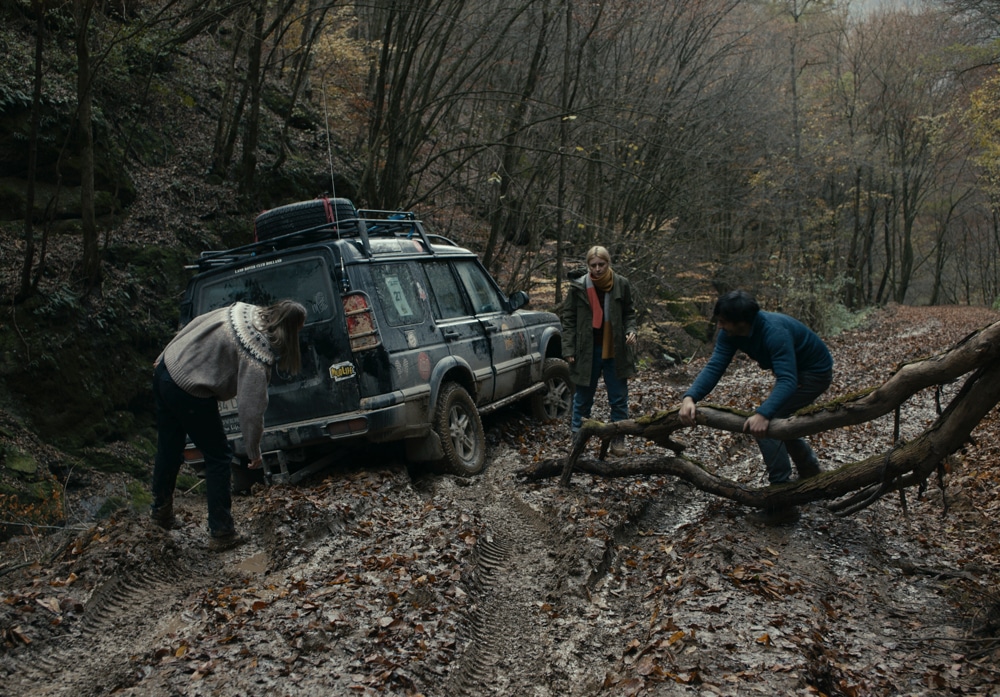 “No good dead goes unpunished” is the idea behind this latest film from Romania’s Radu Muntean (One Floor Below). Întregalde ponders how modern Romania has gone backwards and forwards at the same time through a richly thematic psychodrama playing in this year’s Quinzaine selection at Cannes.

Written by Răzvan Rădulescu, Alex Baciu and Radu Muntean it centres on three friends Maria, Ilinca and Dan (played by Maria Popistașu, Ilona Brezoianu and Alex Bogdan) who embark on a humanitarian mission to deliver food parcels to a remote part of Transylvania.

But on their way home the upbeat charity jaunt soon turns into a stress-fuelled nightmare when they pick up a mysterious old man in the forest. Kente (played by non-pro actor Luca Sabin) takes them wildly off track, before leaving them on a muddy track in the autumnal gloom of the Apuseni mountains.

Early scenes strike a familiar note for most of us used to charity efforts, food banks and child poverty, now at 21st century reality. In the back of their land-rover the two stranded women talk about relationships and fertility problems while they wait for Dan (Bogdan) to get help to repair their stricken vehicle. Arguments follow as they all fall out over their decision to leave the main road in the bitterly cold falling snow. By the morning the woods are transformed into a winter wonderland where time seems to have shifted back hundreds of years in the village of Întregalde.

Muntean gives us a sardonic vision of a country where two worlds collide: one is the complex modern existence, the other is caught in a fairytale past of painted wooden houses and rural traditions. Both exist in the 21st century: Kente still believes in his imaginative stories and folklore and lives sustainably off the land and his livestock. The three helpers have been catapulted into an economic reality where food and money are now scarce for many ordinary people, caught in the poverty trap of modern Romania. MT