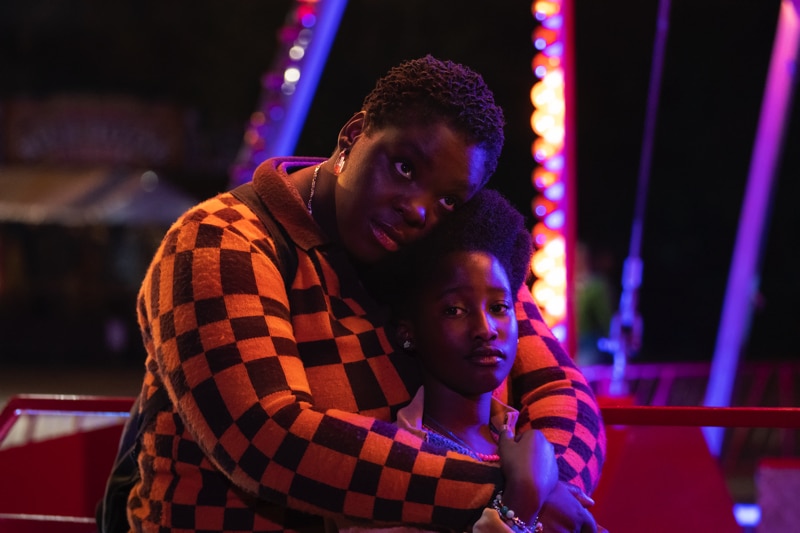 Two Congolese asylum seekers find out their Glasgow council estate is not quite the bed roses they imagined after escaping their war-torn country in this debut feature from Adura Onashile.

Girl, premiering at this year’s Sundance Film Festival, is another coming-of-age drama, almost a carbon copy of Caterina Mona’s 2022, Zurich-set feature Semret that premiered at last year’s Locarno Film Festival. It follows the lives of Grace, 24, and her teenage daughter who could even be her sister at 13 years old. Their new life in Scotland is easy up to a point, but the changes they both need to adjust to are going to be difficult in the long run.

Grace, played by French actor Deborah Lukumuena in her first English-speaking role, carries the baggage of a traumatic past in the Congolese Civil War. Like many parents these days she is over-protective of her daughter Ama (Bonsu), for good reason, but filling her head with horror stories about the war back home and barricading the windows with cardboard is not good way to bring up your daughter. And Ama has grown into a bit of a rebel, sneaking out onto the balcony to watch the real world go by. Social Services have be involved and the school headmistress has complained about Ama’s attendance. Grace resists any attempt to socialise her daughter who soon befriends Fiona (Turner) who serves as her conduit the outside world, introducing her to all the modern teenage trends. Grace has found a job but is struggling to cope with Counting OCD, a condition impelling the sufferer to count to high numbers in a bid to ward off negativity. Grace also hyperventilates. Fellow employee Danny (Sapani) is the first man to break through Grace’ defences.

Although this is no sink estate drama DoP Tasha Back captures the reality of life  there, and the comfortable home Grace has created in contrast to the harsh world outside. French actor Deborah Lukumuena, who won a “Cesar” for Divines, gives an imposing performance in a film that avoids sentimentality and polemics, with a focus on the women’s eventual liberation from their tragic past. AS