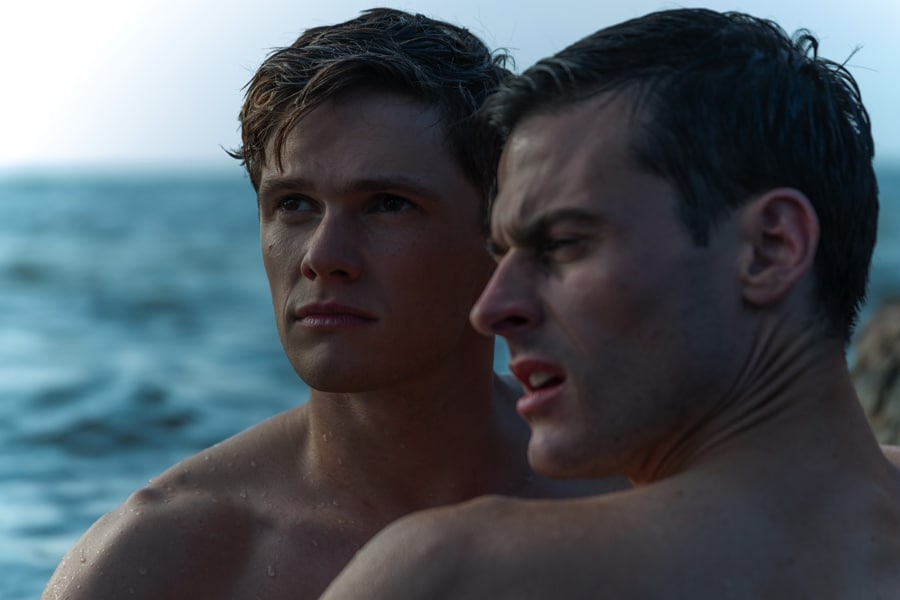 Screening as part of the Hearts strand of this year’s Bfi Flare Festival, the lavishly mounted feature debut draws on the director’s own experience of growing up in Soviet occupied Estonia, yet fails to mine the incendiary potential of a dramatic episode in European history.

Tom Prior co-wrote the script and stars as the unsettled soldier Sergey who is drafted into the services but really has dreams of being an actor. He soon gets involved in an illicit love triangle with a dashing fighter pilot Roman (Oleg Zagorodnii) who invites him to see Stravinsky’s Firebird at the opera. But Roman is also kindling a desire for his female comrade Luisa (Diana Pozharskaya) amid the high octane backdrop of a Soviet Air Force Base.

A friendship across the ranks soon sparks into an amorous escapade involving all three comrades in arms, once again highlighting the risks of love affairs in the time of war, this one spiced up by its forbidden nature, punishable by five years in a hard labour camp. The men’s interest in photography is brought to life by the vibrant aesthetic of Mait Maekivi’s colour-drenched camerawork.

Firebird certainly looks impressive with its authentic settings and lush production values but the film never quite generates enough heat to make us care for its underwritten characters who remain cartoonish and rather glib throughout, Luisa hardly getting a look in as a staid and sketchy also-ran in this so-called menage a trois.

Clearly Prior – so affective in Kingsman – has been brought in to lend star power but here joins the rest of cast of rather robotic stormtroopers bringing to mind Kraftwerk’s heroes rather than real people who we can empathise with in their tortured love lives. MT

FIREBIRD is premiering at BFi Flare