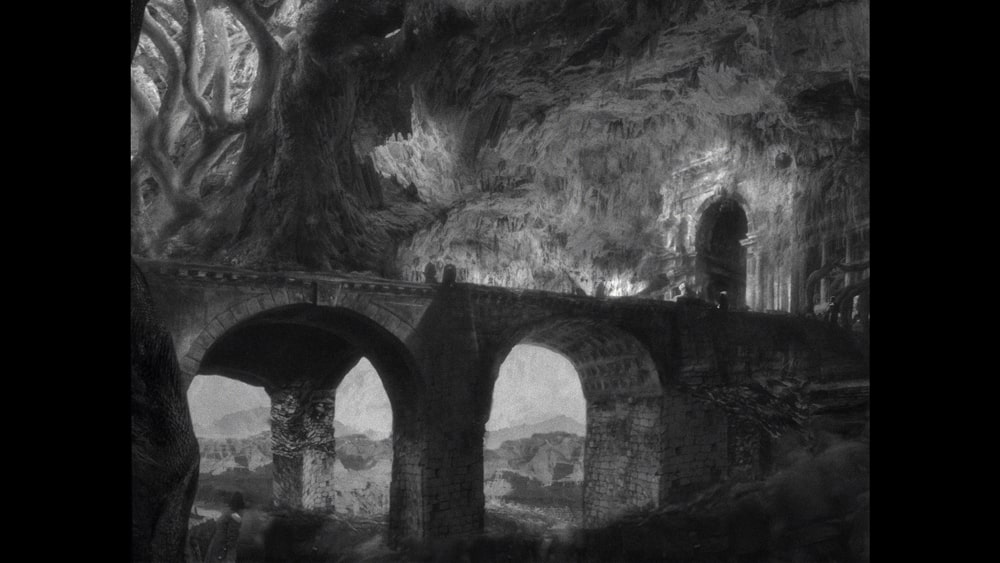 “You strangled Satan, passion bearer, with the godly strings of your suffering” M22 K, 4-4

Russian writer/director Alexandr Sokurov has been a thorn in the side of the Stalinist authorities throughout his film career that started in the early 1970s and is still raging on with this latest opus, a compelling curio competing in the main competition at this year’s 75th celebration of Locarno International Film festival. Fairy Tale was originally due to be shown at Cannes in May 2022 after ducking the boycott on Russian directors, but Sokurov later changed his mind. Apparently the organisers “could not handle a feature uncommon in the world”, which is “far more complicated than some festivals need”. Sokurov also is quoted as saying: “the organisers in Cannes are afraid to show such things”. Others claim the master was miffed that A Bird Searches for a Cage (directed by his protégé Malika Musaeva) had not made it into this year’s competition on the French Riviera.

Fairy Tale opens with a New Testament quote: “You strangled Satan, passion bearer, with the godly strings of your suffering”. What follows is as enigmatic as it is opaque. Against a black & white backcloth, specially designed by Sokurov, animated figures of Churchill (Sagabashi, Gibson), Hitler (Deeg, Ettelt), Mussolini (Mastrangelo) and Stalin (Kuchava) meander along in a landscape – which could be hell or heaven – the Supreme Force (Gromov) directing proceedings to a certain degree, whilst Napoleon Bonaparte (Slivansky) makes a guest appearance.

Some of these world leaders seem preoccupied with the scent of their peers; Hitler, sniffing Stalin, asks “Are you a Caucasian Jew?” Hitler goes on grumbling, “even here, in paradise, they pummel Germans”. Napoleon makes an appearance, and Hitler tries to deceive the assemble, claiming he had conquered Moscow and lived in the Kremlin. Churchill is convinced “Mussolini is sort of an oddball”. Later we will see the Duce’s body, along with that of his lover Clara Petacci, in rather gruesome circumstances. Hitler is angry with himself: “Why did I not burn down Paris?”. He also reflects on his possible marriage to Wagner’s niece. Churchill meanwhile talks of resistance, we see the image of a Lamborghini. Stalin advises Hitler, “you should join the Bolsheviks, we will knock some sense in you.” Hitler then grows sentimental “I love you all”. Churchill remarks “You can Google me”. Churchill is also happy “that he talked to God alone”.

In a colour sequence we witness the masses passing the Moscow grandstands at the fabled First of May parade, set to the tones of Strauss. Churchill again meets God and tells him “I will try. They should all be coming soon”. Mussolini wails: “Where is my Clara?”. Hitler quails in his boots when Jesus reappears. Churchill tells Hitler to forget about Wagner’s niece, “Eva is still better”. Hitler promised everyone that the best is still to come, claiming he didn’t make a bad start (!). Stalin sees lilacs everywhere, but Churchill rebukes him “Communists are blind and deaf.” Churchill has another pop at Stalin: “You did not go to your mother’s funeral”. Stalin meekly responds: “I was away”.

Following Moloch, Taurus and The Sun, biopics of Lenin, Hitler and Hirohito and his 2015 feature Francofonia , Sokurov applies the same individual treatment for the leaders of WWII. They are reduced to ordinary citizens, complaining and trying to be correct their misjudgments in hindsight. But there is nothing heroic about any of them, on the contrary, they are petty and vengeful. Reduced to an everyman status, they have lost all the grandeur of their historical status. Now they are ready to be put out to grass.

The production design is awesome, eclipsing even Sokurov’s Faust, black & white somehow adding to the film’s phantasmagorical allure, the elusive characters fusing with the fog, like ghosts reduced to deceptive legends, their heroic personas diminished by the mists of time. Fairy Tale takes no prisoners: there is no middle-ground, and Sokoruv is a brilliant provocateur – his inventiveness never fails to beguiled and bewilder. AS

COMPETING FOR THE GOLDEN LEOPARD AT 75th LOCARNO FILM FESTIVAL 2022.