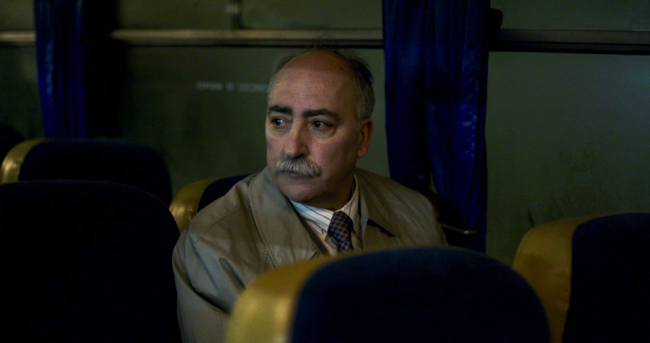 Eloy Enciso embarks on an ambitious historical narrative for his third feature, a drama that journeys through three decades of Franco’s dictatorship, but in a meditative and poetic way. With Mauro Herce, the awarded cinematographer behind Mimosas (2016), Dead and Slow Ahead (2015) and Fire will Come (2019), Longo Noite has the sumptuous gravitas needed to showcase the tales of those who went through this unsettling era after the war, and also those who were prisoners in concentration camps in Galicia during the 1940s and look back on their lives and choices with inquietude, having all endured and been repressed in an authoritarian system, but who were later where able to relate their experiences. The choice of Gallego also adds a twist of authenticity – Franco was born in Galicia and gave his name to the town El Ferrol del Caudillio – the suffix having now been dropped, for obvious reasons.

Enciso has chosen a cast of non-pros in order to evoke a human insecurity of being out of their comfort this certainly comes across in their troubled faces. The woman forced on the streets to beg, the man who has made his fortune abroad and coming home to Galicia after Civil war and finding it taken over by a Fascist set-up. These are people clinging to the past and finding  comfort in nature and the certainty of the countryside; of night predictably following day; the stars following the sun. All this is is overlaid by their thoughts and meditations on a Fascist-governed Spain.

Although clearly set in a moment in time this universal endeavour also feels highly contemporary echoing the instability of the present, and resonating with political and social flux now occurring all over the world, as it swings from Communism to Fascism, Nationalism and Patriotism. Even the grounding force of nature is now under threat. A thematically rich and transcendent film that ripples out with vast implications. MT