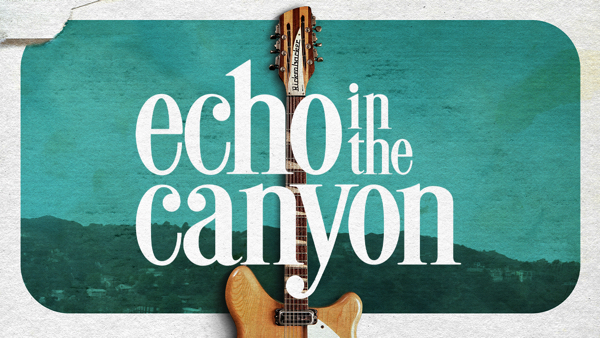 The Californian neighbourhood of Laurel Canyon takes centre stage for this richly crafted rockstar-studded retrospective about the mid 1960s music scene, from debut filmmaker Andrew Slater. Practically every living musician who formed part of the folk scene of the era shares nostalgic anecdotes and musical performances from the era with artist Jakob Dylan who occasionally makes his own contributions interweaved with archive footage.

Brian Wilson, Ringo Star, Eric Clapton, Michelle Philips, David Crosby, the Mamas and the Papas, and Tom Petty in one of his final interviews before his death in 2017, all feature amongst the glitterati of rock legend. And those who remember and treasure the era will be richly rewarded with archive footage showcasing the Byrds’ Turn! Turn! Turn!, the melodious musings of the Beach Boys and other L.A.-based breakout of an era that would go on to influence and capture the imagination of song writers and performers all over the world.

This is a documentary first for Slater who cut his teeth in journalism and went on to collaborate with Dylan on a Los Angeles tribute concert in 2015. And a coterie of more contemporary singers Norah Jones, Cat Power and Fiona Apple amongst them join in to perform tunes from the original artists back in the day. Obviously seen from a US point of view, film focuses on the brief period between 1965 when the Byrds were number one of the charts with their interpretation of Bob Dylan’s Mr. Tambourine Man (Don’t Look Back), and 1967, when folk music started to “go electric” and folk and rock came together, the Beatles and Cream providing a British answer to the music of the Beach Boys and the Byrds, Brian Wilson recalls how his 1966 album Pet Sounds was influenced by the Beatles’ breakout 1965 album Rubber Soul. And Michelle Philips richly recalls her romantic beginnings with fellow band member John Philips in this entertaining and illuminating trip down a musical memory lane. MT