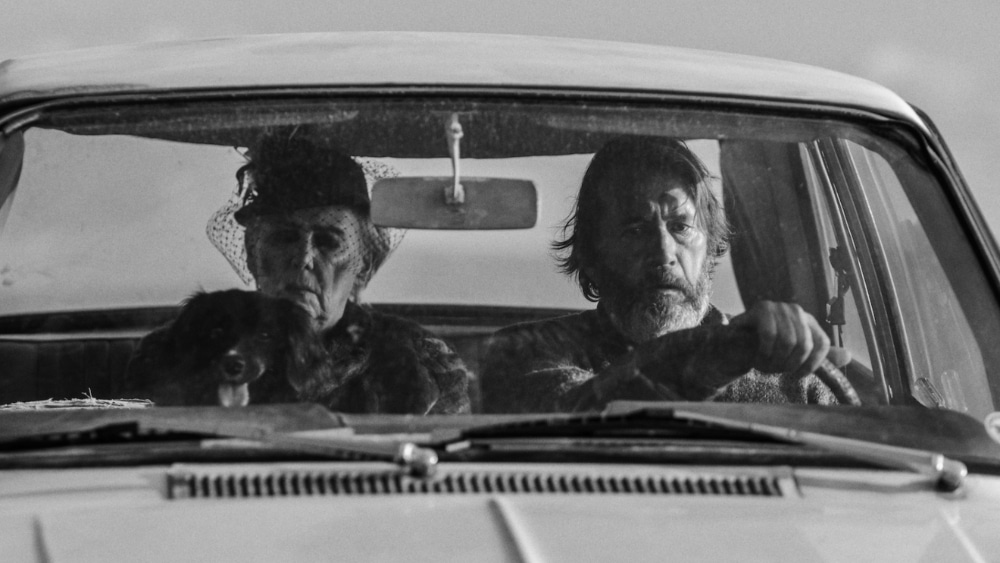 Hilmar Oddsson offers up another tale of Icelandic family strife and dysfunction, a black comedy very much along the lines of his fellow countryman Grímur Hákonarson’s dour and determined tale of sibling rivalry set in a farming community, Rams.


Although here the drift is towards melancholic fantasy, it’s a brave and bracingly impressive feature proving Icelandic cinema to be one of the most offbeat and ingenious in the magnetic north.

Þröstur Leó Gunnarsson cuts a dismal figures as the son whose existence is diminished by the force that gave him life – and we feel for him. His indomitable mother (Kristbjörg Kjeld) is the classic monster matriarch – feared and yet revered in equal measure.

This son, his dog and his deceased mother – the ultimate back seat driver – take to the road in a final surreal cross-country journey. Sardonic is the watchword as long-discussed funeral plans are finally put in motion in this grim valedictory voyage. Although dead, mother still dominates from beyond the grave as a gaunt and ghoulish physical presence to ensure her wishes are followed to a tee.

Óttar Guðnason creates a saturnine sense of place with his stark black and white cinematography providing a bleak and baleful backcloth to Jon’s rumination on an unfulfilled existence and his lonely life. Revenants from his past include a solitary female figure, a group of karaoke revellers and a recurring carnival motif.

Reality occasionally rears its head in the understandable queries he receives from people he meets along the way, and this contrast between the mundane and the ephemeral provides the piece with its rich vein of tragi-comedy.

Although his dead mother remains tight lipped and stoical, her wishes become real-time in-car conversations that really need no voice; they are seared into Jon’s unconscious like some macabre maternal spell that bizarrely echoes from the other side. MT