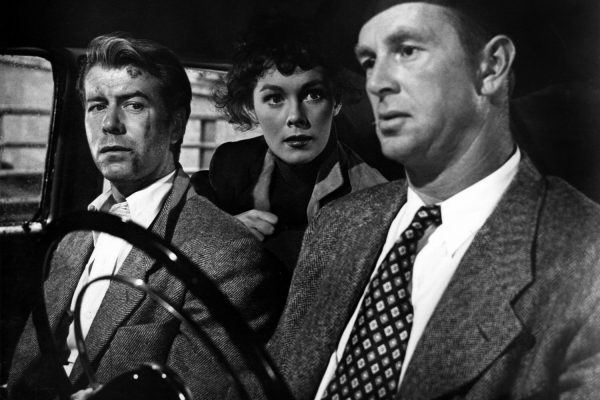 The Cinema Museum’s Kennington Noir thread hits the new year running with this bleak crime drama shot on location in the streets and police stations of L.A. in just 13 days by veteran Hollywood cameraman Bert Glennon.

Crime Wave probably influenced the young Stanley Kubrick, with three of the film’s cast going on to feature a couple of years later in his classic heist thriller The Killing (which is the next film in the season on 19 February; director Andre de Toth’s only other noir – Ramrod – will be shown on 15 April).

But there was a dark side to the story in real life as well as in the film noir itself: both writer Bernard Gordon and Nedrick Young (who plays the ill-fated Gat Morgan) were later blacklisted. But Young would be back – he is credited with co-writing the screenplay for Jailhouse Rock in 1957, which starred Elvis Presley, and went on to win the Oscar for Best Writing, Story and Screenplay for The Defiant Ones (1958). R Chatten.