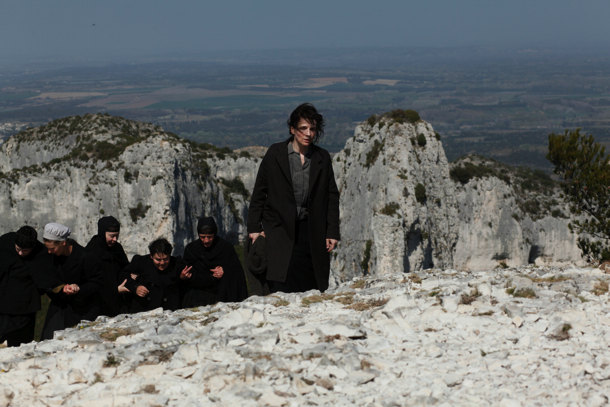 An austere and pared down portrait, though nonetheless beautiful for its ascetic treatment, of a woman artist who is denied her creativity due to confinement in a mental institution by her family in 1915. She would remain there for the rest of her life (29 years). 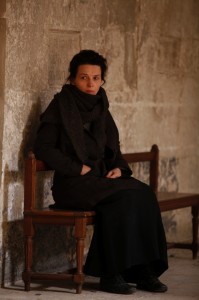 This was Bruno Dumont’s first outing with an international star and Juliette Binoche dominates the screen with the mesmerising power of a real artist portraying another one.  Commanding our attention with her myriad facial expressions that range from abject misery to joy and – even disdain, she has a tender and taciturn relationship with the deranged inmates who are her only companions.

It’s not an angry performance but more a vulnerable one, borne out of depression and despair at being abandoned by her resentful artist lover Auguste Rodin and her brother Paul, (Jean-Luc Vincent) who is going through a  ‘religious re-birth’ inspired by Rimbaud’s poetry, and corresponds with her by letter. On hearing of his intention to visit, she is reduced to tears of joy.

Shot on the widescreen and within the confines of pale-stoned abbey near Avignon by Guillaume Deffontaines, the film is scored by a single classic Bach’s “Magnificat” that seems entirely appropriate for its Catholic moralism.  This is an intellectually challenging piece and not for the faint-hearted but for those looking for arthouse excellence Camille Claudel 1915 will not disappoint. It brings Belgian director Bruno Dumont centre stage after abstract outings with Hors Satan and Hadewijch. MT