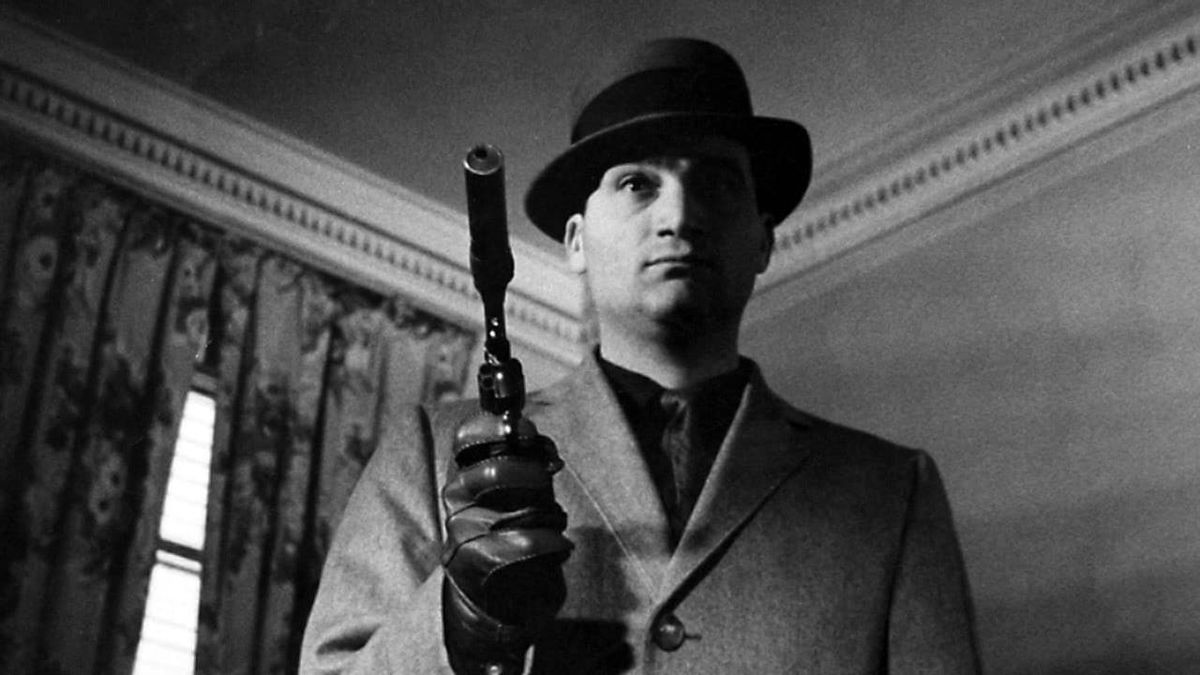 The most valuable asset to an ambitious young filmmaker of the 21st Century would probably be a time machine capable of returning you to the year 1960. Clocking in at just 77 minutes but seeming much longer, Blast of Silence is further evidence that in those days it would have taken genius for an independent filmmaker NOT to create a classic city ‘noir’. Just make sure there’s film in your camera and take your pick from all the breathtaking compositions – complete with vintage cars and sharply dressed passers-by – constantly forming around you; even Michael Winner couldn’t fail to turn in a black & white urban gem three years later with West 11 (1963).

It certainly anticipates Jean-Pierre Melville’s Le Samourai (1967) – but then so do Kubrick’s Killer’s Kiss (1955) and Robert Wise’s Odds Against Tomorrow (1959) – and plenty have been seduced by Blast of Silence’s aura of monochrome period cool into extravagantly overpraising it. Allen Baron’s inexpressive performance as hit-man Frankie Bono (he resembles a young George C. Scott) certainly provides a perfect blank slate on which to inscribe any profundities or angst that grab you. In his capacity as writer-director Baron at some point late in production evidently felt the need to do just that, calling upon two eminent blacklistees whose services at the time would have been available at an affordable price.

The insistent narration reminiscent of Mark Hellinger’s in The Naked City was written under the pseudonym Mel Davenport by Waldo Salt (who later won Academy Awards for Midnight Cowboy and Coming Home), while the rasping voice of Lionel Stander is uncredited but unmistakable on the soundtrack, providing the glue which with Merrill Brody’s photography holds the film together. Unfortunately much of what Stander keeps telling us on the soundtrack doesn’t really need to be spelled out so relentlessly; while Meyer Kupferman’s jazz score is extremely effective in moderation, but gets very noisy in places.

Despite supposedly being such a pro, Frankie Bono’s murder of Big Ralph (played by Larry Tucker, who I recognised from Sam Fuller’s Shock Corridor) is remarkably amateurishly executed, his long-anticipated hit of Troiano no big deal, and he proves remarkably easy to ambush at the film’s conclusion. Richard Chatten