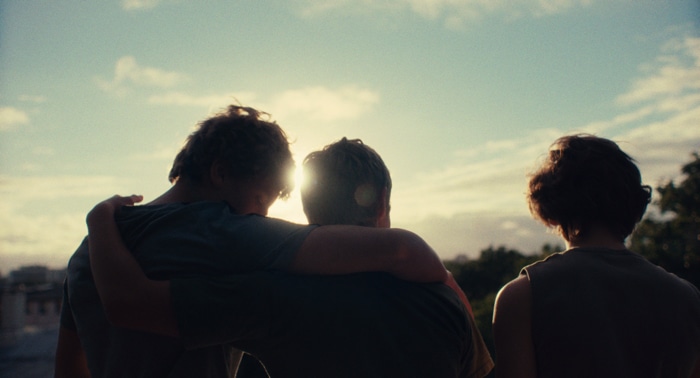 Life-threatening violence and magical realism make for an imaginative feature that blurs the lines between fantasy and reality in modern day Iceland. Beautiful Beings is the latest triumph from awarding winning Icelandic auteur and producer Gudmundur Arnar Gudmundsson (Heartstone) whose distinctive lyrical style makes him one of the most impressive talents on the international indie film scene.

Addi (Birger Dagur Bjarkason) is the charismatic boy at the centre of it all. Raised by a clairvoyant mother, he takes pity on a bullied misfit Balli (Askell Einar Palmason) in an impressive debut) and brings him into his gang of teenage hooligans. And the relationship will be the salvation of both of them in this full-throttle character drama that explores teenage-hood in all its dimensions from aggression and violence to loyalty, love and sex.

As the boys behaviour escalates from horseplay to murderous violence, Addi – under the influence of his quietly inspirational mother (Anita Briem) – is touched by series of enlightening dreams that sees him evolve into a sympathetic light-bringer rather than the destructive force he has ground into, along with his friends. But the director avoids simplistic solutions in a subtle narrative that uses its ample running time to explore every single chink of the boys’ developing personalities and how they react with each other, Addi’s dark side is fully fleshed out in a captivating performance from Hinriksson showing how his newfound intuition will have transformative effects on the rest of the gang, not least the most troubled boy Siggi (Snorri Rafn Frimannsson). Silver Bear awarded DoP Starla Brandth Grovlen (Victoria) works wonders with his camera to make Iceland into a summer paradise that provides the luminous backcloth to this human vision of Hell. MT