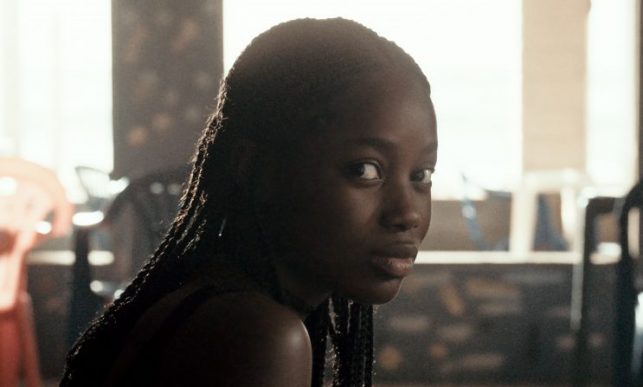 Mati Diop, now 36, was one of the four women, and the only black female director in this year’s Cannes competition line-up with this fabulous but flawed surreal love story. With a French mother and Senegalese father, she grew up in Paris and rose to fame with Simon Killer going on to film, direct and write several short films. Her Dakar-set debut feature Atlantics sees a young girl trapped by her love for an unpaid construction worker and her arranged marriage to a glib entrepreneur.

Similar in many ways to Diop’s short film Atlantiques (2009) it also echoes Alain Gomis’ Aujourd’hui (2012) in its glorious setting by Dakar’s Atlantic coast, atmospherically shot by Claire Mathon. Mame Sane makes for an impressive lead as the feisty but vulnerable central character Ada, but there are tonal inconsistencies and Diop’s attempt to fuse the social realism of the early scenes with the magic realist elements of the final half feel unconvincing and may leave many viewers bewildered.

A confident beginning sees construction workers on the rampage. They have been building the tall skyscraper that gives the city the skyline of a smaller version of Dubai, but are owed  three months’ pay. Assurances from the foreman that the boss, Mr. N’Diaye (Diankou Sembene) will pay up, fall on deaf ears. One of the worker, Souleiman (Traore), meets up with with 17-year-old Ada and the two share passionate embraces on the beach. But this doomed romance is bound to fail: Ada has been betrothed to Omar, a rich man who shuttles between Dakar and Italy, and the wedding is in a few days Meanwhile Souleiman has decided to take off in a pirogue with his mates hoping to find better luck in Spain.

Ada finds out about all this when she meets him later in a bar on the beach run by her friend Dior (Nicole Sougou). Her other friends Fanta (Amina Kane) and Mariama (Mariama Gassama) will be bereft now that the men are leaving town. They have all used their feminine wiles to get ahead financially and this is described by Diop as “Afro capitalist neo-feminism.” And when they see Ada’s new home they are deeply envious, she is utterly unimpressed and actively rebels against the wedding .

Luckily for Ada, someone deeply objects to the horrendous white polyester Louis XV bedroom and set fire to the whole property, although no-one is harmed. The police officer assigned to investigate, Issa (Amadou Mbow), proves unworthy of his job and seems to be suffering unexplained blackouts as proceedings take on a surreal twist with some of the characters developing white, zombie like eyes.

The supernatural soon invades reality as the film morphs into horror mode and the pacing slurs to Al Qadiri’s eerie score that mixes electronics with African instruments. This tonal shift feels odd and take us by surprise with the action moving predominantly into the night and Diop making great use of the raging Atlantic sea as a surging malevolent undercurrent . Her inventive visual ideas mingle well with the film’s undertones of Islamist misogynism, post-imperialism and witch doctors; although these remain rather unwritten, along with the enigmatic love story, despite an ample running time of nearly two hours. MT