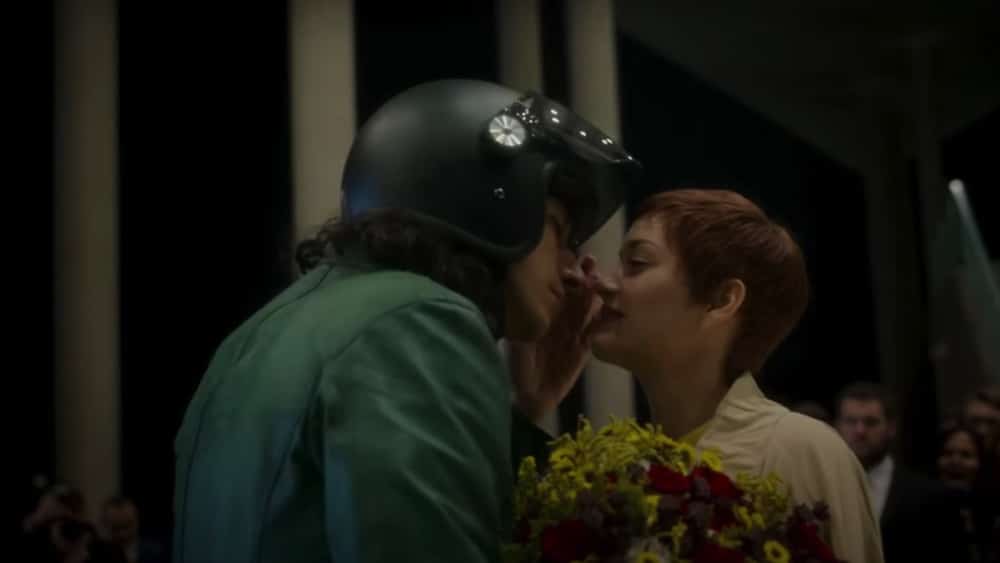 French auteur Leos Carax last graced the Croisette with Holy Motors a weird and mysterious odyssey into the mind of one man. Annette his latest creation sees him back in Cannes nine years later with another cinematic sensation: another journey into the complexities of male psyche that explores the nature of fame and the fragility of love through his first English language film.

Adam Driver haunts this moody modern opera with a muscular expressiveness that lurches from rage to almost religious fervour as offbeat comedian Henry, although his comedy act sequences are overlong and not particularly amusing and detract from the central narrative which already has more than enough references to his anger issues. Marion Cotillard shimmers exquisitely as the diva he falls for but the baby they make together is simply out of the world.

The cult rock band Sparks performs and composes a score that is daringly racy and poignant in the style of a Greek tragedy (complete with a black female chorus) where its central character Henry (Driver) is a meglamaniac narcissist whose lust for new experiences and extreme carnal compulsion will be his devastating downfall, destroying everything challenging his dominance.

Opera singer Ann (Marion Cotillard) melts his heart with her dulcet tones – for a while at least – and the two wander deliriously in a verdant garden of Eden crooning the film’s catchy musical leit-motif “We Love Each Other So Much”. and soon their baby Annette is born and their joy now complete.

But storm clouds soon gather over on the loved-up paradise in a melodramatic tone shift. Carax goes into overdrive in a full-blown expose of macho toxicity where passions are given full throttle during Henry’s hysterical nighttime motorbike rides home to his tropical hideaway, the dizzying camerawork  recalling Holy Motors‘ nocturnal taxi forays. There is a third narrative strand in shape of Simon Helberg’s compelling turn as Ann’s spurned lover now reduced to her accompanying pianist at her elegantly-staged opera gigs. Once again Cotillard get the chance to play Lady Macbeth and this will be teased out suggestively in the film’s third act.

Baby Annette is like a benign female version of ‘Chucky’, her blue eyes and auburn locks adding an endearing appeal and vulnerability to the subtle scariness she engenders but also hinting at A.I. She will grow up to be a thoughtful and intuitive little girl, whose presence pivotal to the storyline. At this point Carax uses the female chorus to clever effect as a #MeToo theme kicks in and this feeds into Henry’s violent anger management issues which are now the central focus of the story and pivotal to the final reveal.

Annette is a compelling visual masterpiece that utterly captivates and confuses for nearly two and half hours. An atmospheric soundscape, dreamlike images and extraordinary performances coalesce in a contemporary rock melodrama the like of which has never been seen before, and it world premieres here at Cannes. MT