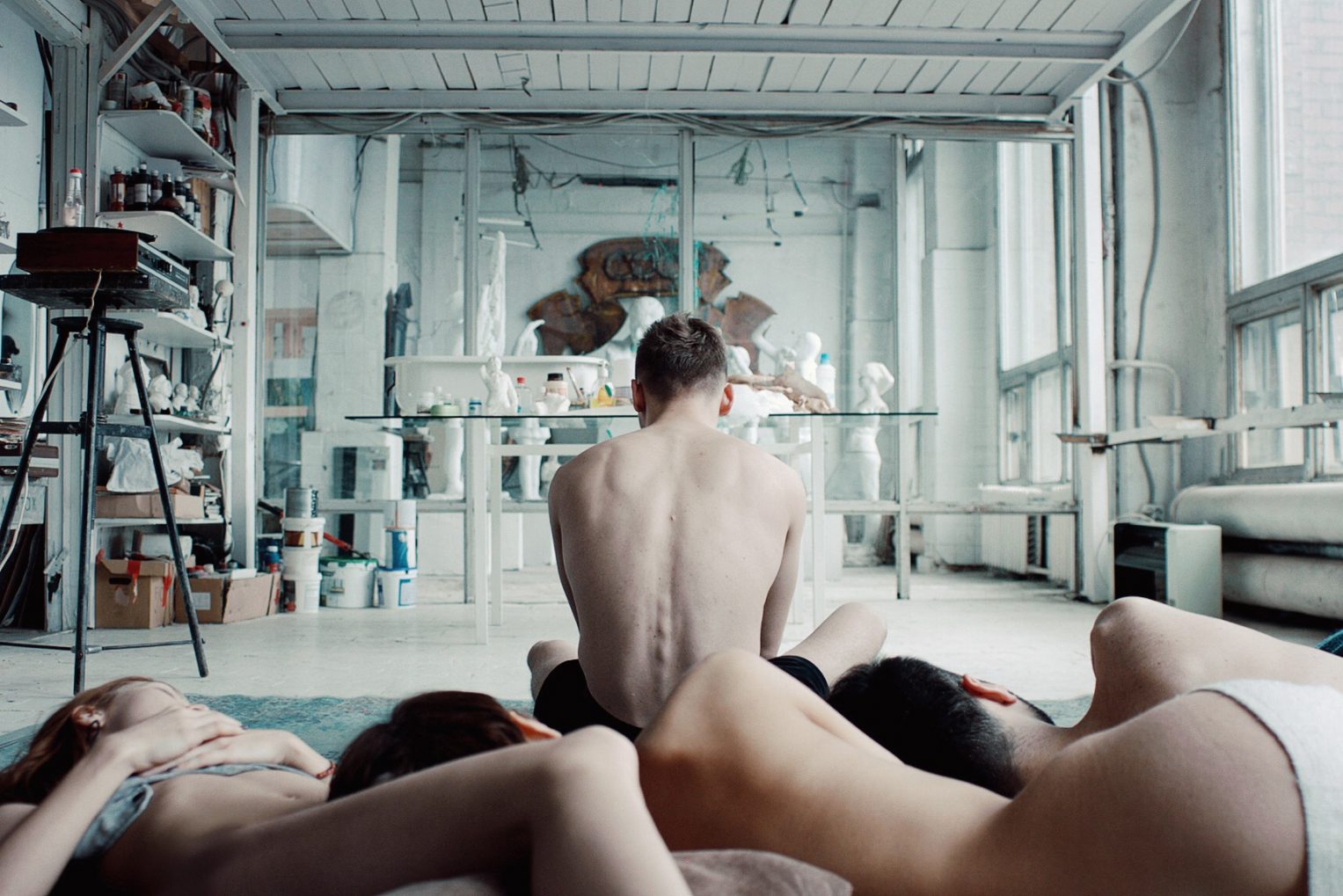 Russian actor turned director Aleksandr Gorchilin (The Student) steps behind the camera for this boldly cinematic and uncompromising look at contemporary Russia through the eyes of a group of friends in the capital, Moscow.

Don’t be misled by the title being a reference to the drug-infused times of the last century. The Acid of the title refers the corrosive liquid used by one of the group in his art sculpting studio. By way of experimentation, one of them idly decides to take a gulp of the substance  and ends up in hospital with a nasty burn. The acid in question also provides a nifty metaphor for the moral bankruptcy amongst these sybaritic young things, who are literally being eaten away from inside by their decadent lifestyle that indulges in a freewheeling, non-committal lifestyle – and of course, they blame their parents. As one of them quite rightly points out: “Our problem is that we have no problems”. Their days consist of a bit of yoga, computer work and aimless sex or dancing in the city’s ubiquitous nightclubs.

Gorchilin’s debut feature is more impressionist that narrative-driven, but there is a loose and engaging plot line at work: Sasha and Petya are your average young Muscovites drifting through their twenties dabbling in drugs, music and casual relationships. Sasha in particular feels disempowered by his lack of potential in any direction, and his recent break-up with Vika has left him diminished. He comes under more pressure when his mother comes to stay in the high-rise flat he shares with his grandmother. Naturally she knows better – and is also vegetarian – and she tries to instil confidence in her son while maintaining the moral high ground. But the suicide of one their friends provides the wake up call for them to wake up and smell the coffee, and make some definite plans for the future.

Pleasantly scoreless and elegantly framed and shot around Moscow, making great use of the city’s urban panoramas and stylish domestic interiors. Performances are strong, and Filipp Avdeev (Leto) makes a convincing Sasha bristling with indignation one minute and bewilderment the next. ACID provides another worthwhile snapshot of modern Moscow, not as bleak as the one we experienced in Andrey Zvyagintsev’s Loveless but quite desperate nevertheless, but a far cry from the gritty realism of Alekesy Balabanov. MT