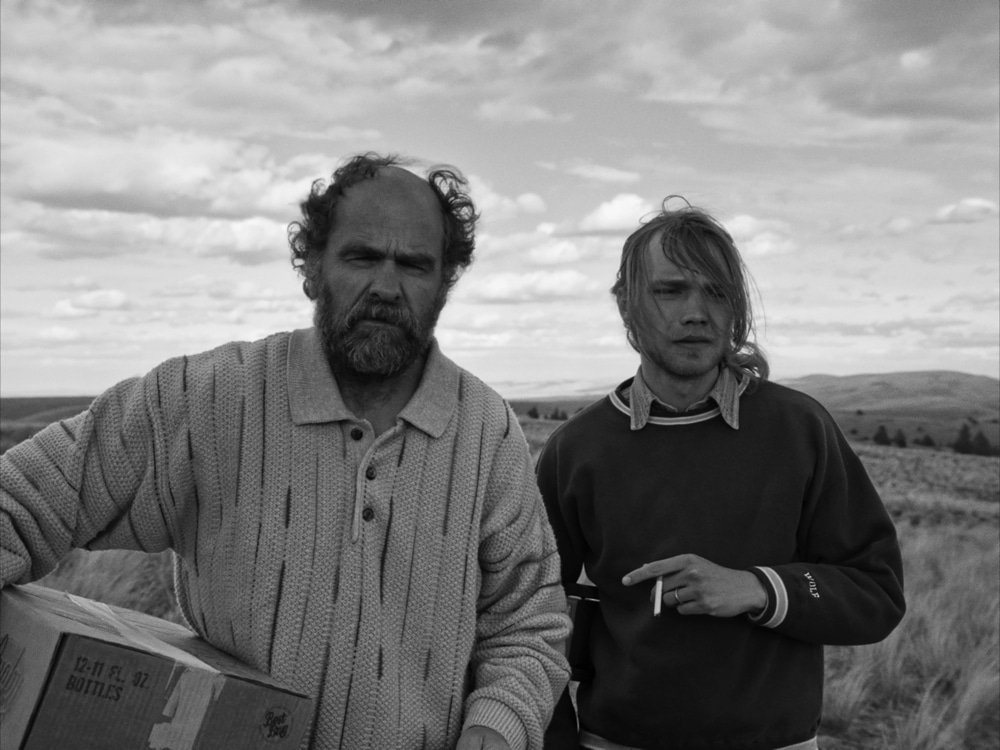 A father and son come together to mull over their failing relationship in this meditative rather inconclusive first feature from US filmmaker Jeff Rutherford’s. Partly Nebraska, partly Beckett, A Perfect Day is also eye candy: the gleaming black-and-white images of DoP Alfonso Herrera Salcedo, masterfully transferred on a 4:3 format ratio, are a joy to behold.

Herman (Berrier), a man in his early sixties, has come to the end of the road, and has decided to end things, but not before leaving a message for his estranged son Nate (Plummer), at which point the phone rings and Nate asks to see him. The two, both unemployed, meet with Nate’s seven- year old son Ralph (Levine) in one of those large US cemeteries that stretch out endlessly. It has emerged, from the now abandoned message, that Herman’s father died in a drowning accident and Herman’s brother jumped to his death from a bridge. Herman’s partner Tracey has recently left him, and Nate is disenchanted with his wife Sandy, having recently discovered that Ralph is not his biological son. In short, both men feel let down by the women in their life.

Meanwhile, Ralph – “who is not right in the head” – according to his father, wanders off into the surrounding countryside, and, suddenly aware of his disappearance the two men panic and an organised search gets underway during which time Herman narrowly avoids being shot by a woman with a gun. Nate starts a confessional monologue revealing how he would like to see both Sandy and Ralph dead. Not that he wants Ralph to suffer, but he feels more animosity towards Sandy for the way she diminishes him with her derisory comments: “She always laughs about my plans, even when I say I want to be a “weatherman”. Quick insert of Nate trying his hand at forecasting on the TV.

Plummer and Berrier are outstanding as the odd couple – they are clearly meant for each other, even though Nate makes a big deal of telling his father “I am different from you”. Nate is emotionally intelligent and fully aware of his marital shortcomings: “Sandy and me are bad versions of ourselves”. With the wild landscape playing the part of the third main character, A Perfect Day for Caribou is a sombre reminder of how male self-pity can often lead to violence against women and children. The dry humour barely conceals the serious implications. A  commendable debut. AS