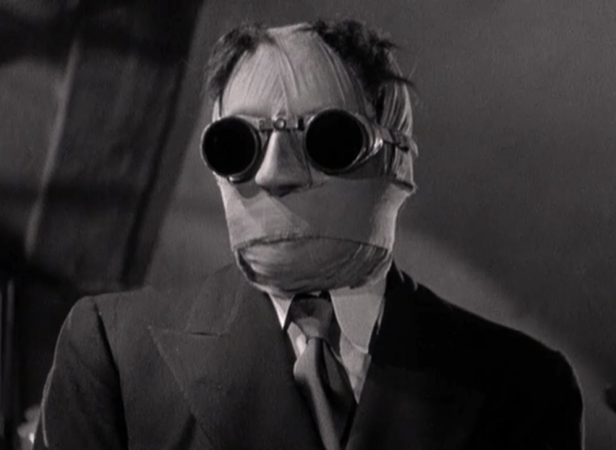 Five Sensationalist Movies of the 1930s

Sensationalism in the media is not a new trend: as early as 1930, film production companies have been luring audiences into cinemas with spectacular war films, swashbuckling historical dramas and lurid tales of the supernatural. 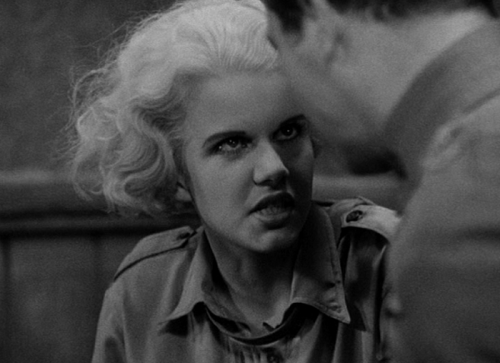 And who better to start with than Howard Hughes, the master of thrills and scandals – in his films and in private life. Hell’s Angels (1930) was planned as a silent film, but the sound revolution made Hughes change his mind. It took over two years to complete after shooting finished as the new technique had to be married to the older version. During the process of shooting, producer Hughes went through four directors: Marshall Neilan; Luther Reed; Edmund Goulding and James Whale. None of them lasted long, and when the feature was released, the credits just named Hughes as the director. The Danish silent-film star Greta Nissen was supposed to play the role the femme-fatale Helen, but Hughes ‘discovered’ the 18 year old Jean Harlow, who would have a successful but short career (she died aged 26 of kidney failure). The filming of the many aerial combat scenes cost the lives of three pilots, and Hughes himself was hospitalised after crashing his plane. By far the most expensive of the five features, Hell’s Angels would cost today 45 Million Dollars. But, compared to contemporary times the story was somehow mundane. Brothers Monte and Ray live in Oxford and join the Royal Flying corps at the outbreak of WWI. Monte is a womaniser, even having an affair with his brother’s girl friend Helen (Harlow)who is shown as a slut. Meanwhile Monty is denounced as a coward and will be dragged by his brother into a daring raid on a German munitions depot. But the escape is successful and their true colours come through when they are captured by the enemy. 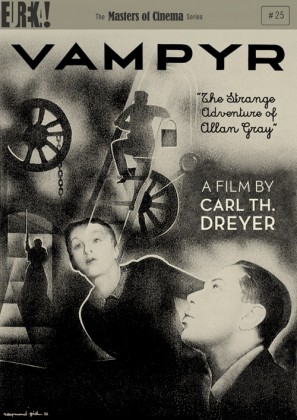 Danish director Carl-Theodor Dreyer (Ordet) is known for his austere and minimalist features. Vampyr (1932) is quietly terrifying: DoP Rudolph Mate (D.O.A.) creates an unsettling atmosphere: constantly changing  angles as the protagonists emerge from an eerie world of shadows. The vampire in question is an old lady, Marguerite Chopin (Henrietta Gerard). But the real devil is the village doctor who poisons the young Gisele to lower her defences so that the vampire can attack her. Saviour Nicolas de Gunzburg (Allen Gray) has a particularly nasty revenge in mind for the doctor: he suffocates him in a silo of flour, before driving an iron stake through his heart. Vampyr is a poem of subtle images,minimalist in dialogue and sound, the inter-titles more effective than the spoken words.

William Dieterle, Hollywood emigrant from the famous Max Reinhardt Theatre in Berlin, filmed Victor Hugo’s classic The Hunchback of Notre Dame (1939) as a cautionary tale and a timely reminder of xenophobia and societal prejudice against outsiders. Charles Laughton excels as the titular hunchback Quasimodo, and Maureen O’Hara is Esmarelda. Frollo, the Chief Justice is besotted by Esmeralda, even though she is married. After the Phoebus, Captain of the Guards, is killed, Esmeralda is accused of his murder by the jealous Frollo. Quasimodo and the King of the Thieves join forces to free the innocent woman. Dieterle uses the same fable-like style as in A Midsummer’s Night Dream (1935). Dieterle remains true to his theatrical background in this spectacularly surrealist outing, whose subtle nuances lie in the spoken word.

James Whale (Frankenstein) is the Daddy of the modern horror feature. The Invisible Man (1933) (main picture), based on H.G. Wells’ novel, is a brilliant variation of the “Mad Scientist” genre. Chemist Dr, Jack Griffin (Claude Rains) invents a medicine which makes him invisible. His fiancée Flora Cranley (Gloria Stuart), daughter of Griffin’s boss, literally loses him from the beginning, while Griffin is staying in an inn, trying desperately to reverse the process. But the drug makes him aggressive and murderous, and his victims pile up – particularly during the train crash which sees the police hot on his trail. As always, there are darkly comic moments with Whale: Griffin’s underpants, ‘run’ around on their own, to the consternation of onlookers. The Invisible Man is much more subtle than Frankenstein because Griffin’s metamorphosis is truly chilling. 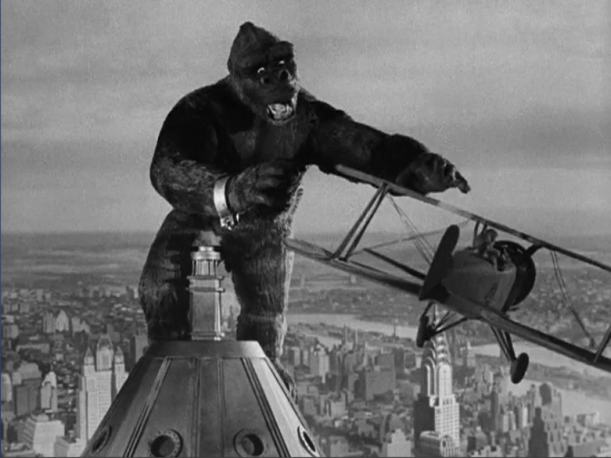 King Kong, directed in 1933 by Merian C, Cooper and Ernest B. Schloedsack is, in spite of three re-makes, by far the most spectacular version of the tale of ‘beauty and beast’. The gigantic ape falls madly in love with Fay Wray and the ending on the Empire State Building still has an emotive pull that’s never repeated in the much more expansive and expensive modern versions. Having seen it for the first time as a student in Berlin, I remember many of us leaving the cinema, hollering just like King Kong under the arches, as the trains roared past above. AS