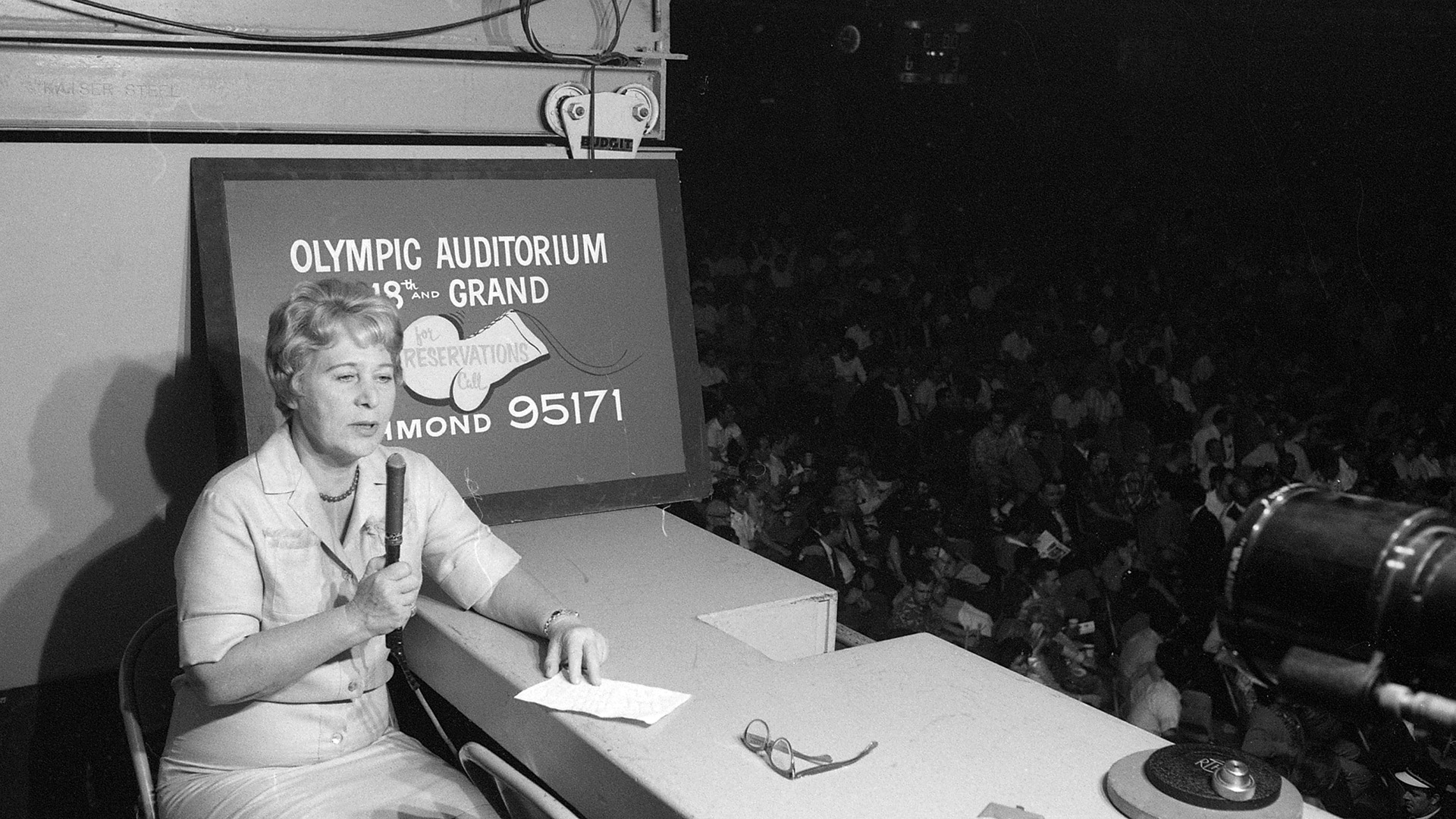 A new film pays homage to Los Angeles’ well known sports arena and the promoter Aileen Eaton (1909-1987) who ran one of the most famed boxing bowls between 1942 and 1980.

Aileen is the focus of Stephen DeBro’s first feature about the only female (so far) inducted into Boxing’s Hall of Fame, an extraordinary achievement and all the more admirable in an era when women, let alone single mothers, were the target of abject discrimination: widowed early on in her marriage Aileen was brought up two sons who would follow her into the family business.

The Olympic Auditorium was built in 1924 and opened a year later in August. It was a great social event in the presence of – among other luminaries – Rudolph Valentino and Jack Dempsey. During the 1932 Olympic Games the venue was used for wrestling, boxing and weightlifting competitions. Los Angeles was a centre of strained race relationships and some of the fights between Latinos and the LAPD turned into riots, and this atmosphere of prevailing violence would shape the history of the stadium. 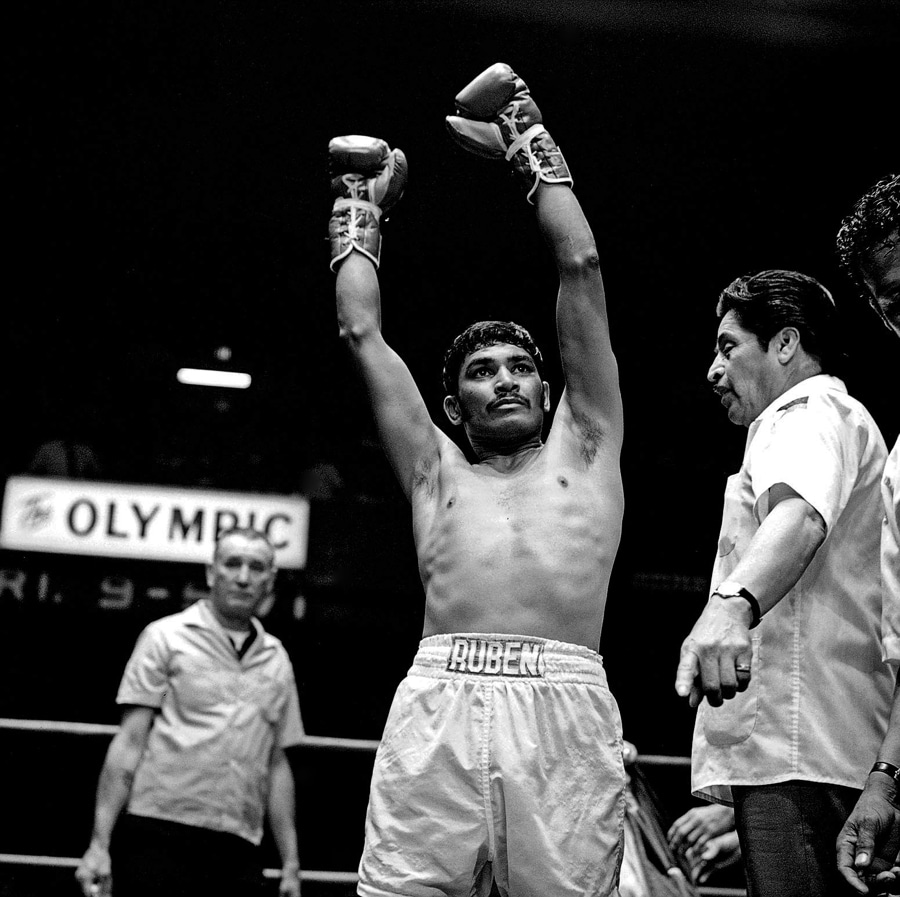 Aileen had never even seen a fight when she took over the boxing business in 1932, and the sport was in decline. Gangland LA controlled the territory and many bouts had been rigged. Aileen’s sports and entertainment empire extended all the way to the border with Mexico – how she held sway when  Mickey Cohen fancied the same turf, is a miracle – her nickname “The Dragon Lady” was well earned.

But boxing was not the only sport staged at the Olympic: Roller Derbies with the LA Thunderbirds were very popular. These encounters were anything but peaceful, serious injuries were common. Director Norman Jewison based much of the action for his 1975 feature Rollerball on these LA skating fights. Staying with the movies, countless films were shot partly in the Olympic: The Manchurian Candidate (1962), the Rocky Trilogy, Raging Bull, Ready to Rumble and Sting II.

Aileen’s son Gene Le Bell was a wrestling champion and stuntman, his brother Mike, rather more sedate, took care of the wrestling empire from a desk – like his mother. On the scene were also Dr. Bernhard Schwartz, ring doctor and bass player, as well Dick Lane, B-movie actor turned wrestling announcer. Mexican fighters dominated the early bills of the boxing events, with Manelo Ramos, Carlos Palomino and Manuel Ortiz three of the World Champions looked after by Aileen. And then there was the legendary fight between Mohammed Ali and Archie Moore in November 1962. 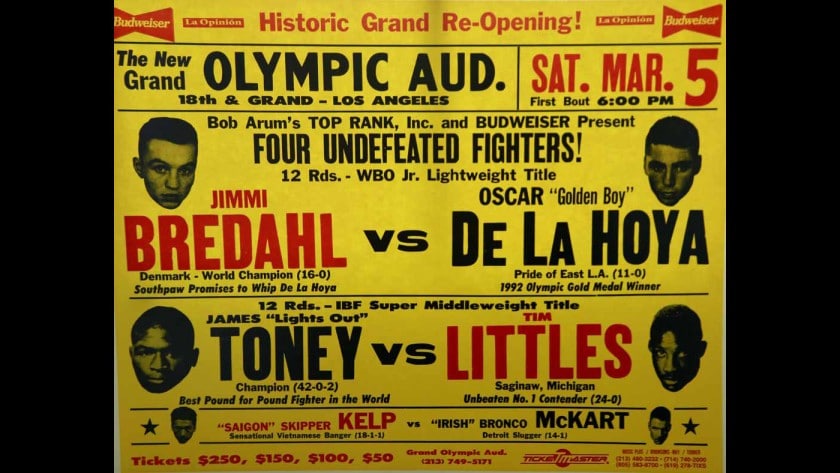 Blues Concerts were regularly staged. The punk movement was headlined by raves when Mountain Jack and Ten Years After performed in the Grand Olympic. GBH, The Exploited, Dead Kennedys, Suicidal Tendencies and New Regime brought in crowds that saw the place fit to bust and overflowing into the surrounding parking lot of the building. The Survivors’ promo video  ‘Burning Heart’ was shot in the building in 1985, Bon Jovi was the guest for ‘You Give Love a Bad Name’ a year later, and in 1987 Kiss filmed the music video of the namesake track of their album ‘Crazy Nights’. Later in the mid-1980s, the venue was closed for eight years, before reopening in 1993.

But by 1980 Aileen had already gone. And while commercial considerations clearly played a part, the main reason for her leaving was the death of Welsh boxer Johnny Owen. Owen (‘The Match-Stick Man’) had fought the Mexican Lupe Pintor for the Bantam Weight Championship of the World on 19.9.1990. Owen lost and died in November, a few weeks later. For Aileen, this was a bridge too far: In the 50s and 60s fight pairings were billed with massive posters on the outside of the arena with the feisty warning: “Loser will leave town”. But the brutal reality of Owen’s death forced her wisely into retirement.

Strewn with archive footage and photos to satisfy fan’s nostalgic longing this is an informative piece of filmmaking enlivened by a flood of “Talking Heads” who provide social and psychological context, crime writer James Ellroy’s insight is particularly worthwhile. DoP Tony Peck concentrates on the faces of the survivors, many of whom died during filming. Since 2005 the former arena has been recommissioned as “The Glory Church of Jesus Christ in LA”, a Korean evangelical congregation. Rather like our own Golders Green Hippodrome in London – a 3000 seat music hall that once billed Marlene Dietrich – now serves as an ‘Islamic Centre’ in another religion-based switchover. It seems the world has turned into a much more serious place.  AS