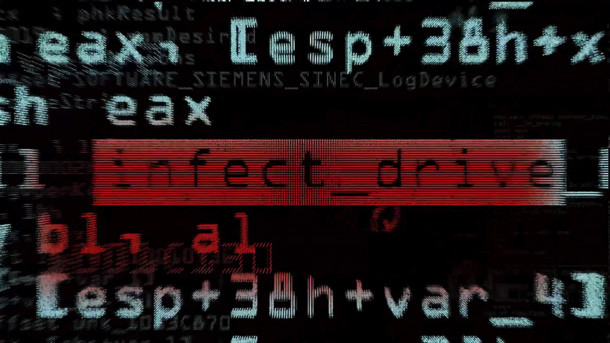 Alex Gibney’s new documentary about cyber-warfare is like the inside of a freezer: chilling and done dry. A palpable menace permeated the early scenes as your brain juggles to process endless facts and figures, but the bottom line is cold war fear: are we heading for meltdown through our computer screens? It’s highly likely rather than just possible.

Offering no conclusions, Gibney once again gives us a fast-paced and well-edited, authoritative documentary that is scary and quite bewildering. In ZERO DAYS he claims that cyber-attacks are the next big thing in international warfare; instead of bombs or even chemical warfare, these silent systems can invade at the touch of a button and take over nations – even the whole world. There is something decidedly horrifying and apocalyptic about this form of attack that feels underhand and rather sly: like a silent germ ‘Stuxnet’ a piece of weapons-grade malware developed during the early years of the 21st century by Israeli and US security forces – who gave it the codename “Olympic Games” –  begins rapidly to replicate, like an embryo, imbedded in the cosy comfort of the aptly-named computer software.

By 2010, the cyber weapon had been successfully installed at the Iranian nuclear power plant in Natanz, where it a was able to disrupt the functioning of the underground spinning centrifuges which operate at the speed of light in order the complete the nuclear refinement process. The Iranian Government were aware of the infringement but had no idea it was being caused by the Americans, seemingly under their noses. The Iranians themselves had developed malware systems and they eventually retaliated with attacks of the Bank of America but, like germ warfare, Stuxnet got out of control and began a computer pandemic infecting other systems on a global basis.

American president, Barack Obama has secretly authorised various attacks intended to destroy their enemy’s computer systems running the country’s electricity, communications and even water supply –but it cuts both ways. In future, war will be silent and deadly: suddenly darkness will descend in a universal meltdown.

But there have been so many threats of this kind since time immemorial. Armageddon was mentioned in biblical times in the book of Revelations and, more recently, the Millennium Bug which threatened to strike with the dawn of 2000, wiping out all computer systems. So just how soon is ZERO DAYS  intending the world to end? Not the for the faint-hearted or those looking for light entertainment, this is a film that needs to be taken with a heavy dose of caution, but taken seriously, nevertheless. But don’t dismay – there’s still tomorrow. Take a walk in the park and smell the roses. There’s a lot to be thankful for. MT