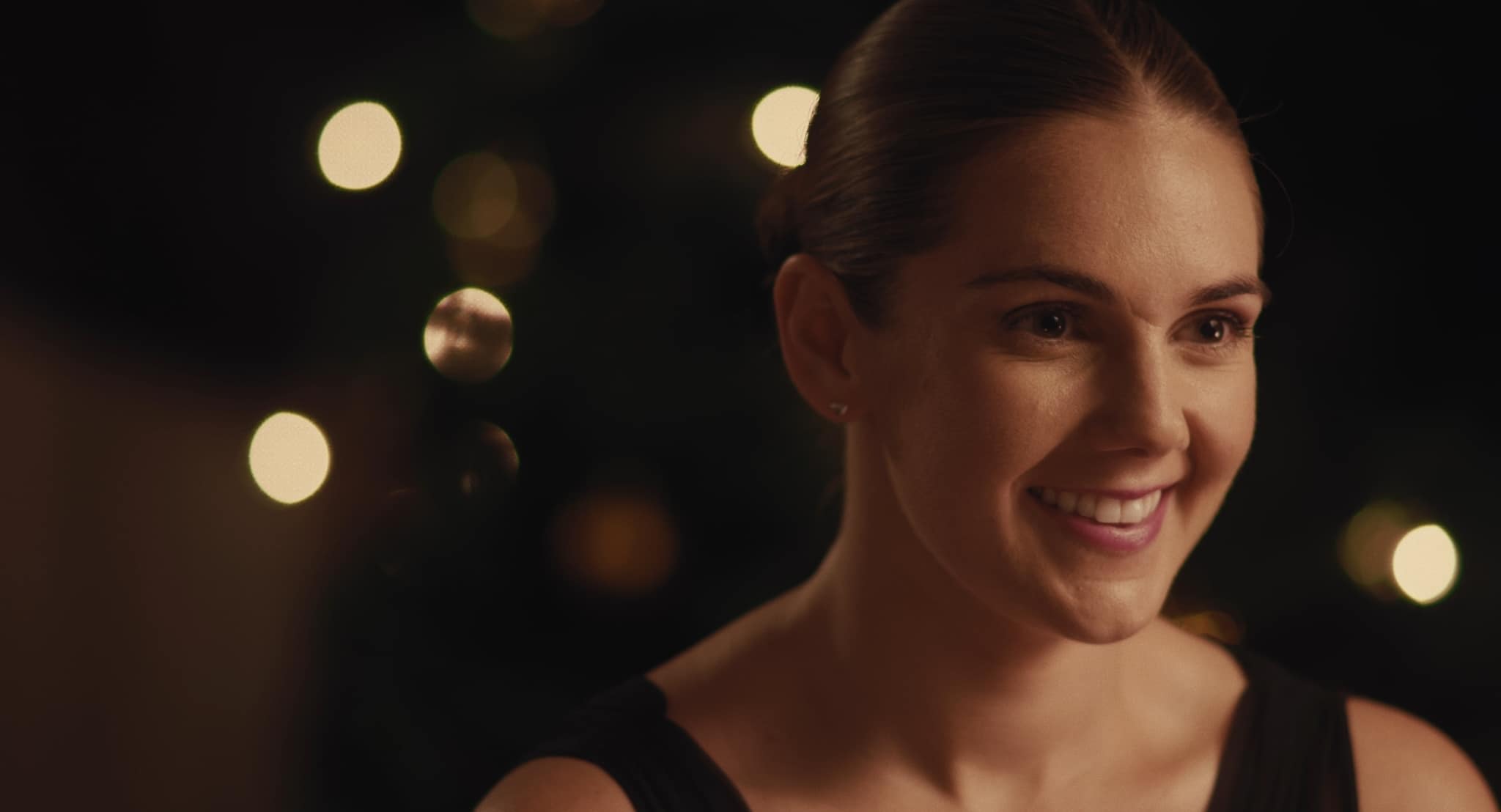 In leafy suburbia Catherine (Roy) lives a seemingly blissful life with husband Dan (Cullen) when suddenly she stabs though the eye with an eight-inch knife in the opening scenes. Not altogether surprising when we later learn the same thing happened to her father who abused her as a teenager. All this is all delivered in ‘comic mode’.

Based on the one-woman-play “Catherine and Anita” performed by Roy to apparently rave reviews at Edinburgh Festival Fringe and King’s Head Theatre in London, Zari’s film debut is not so successful, mixing ultra-realism, horror elements and psychological traumata into an awkward narrative,

But horror and real trauma do not make good bedfellows – apart from in gothic masterpieces – and Zebra Girl is set very much in a realist present where Catherine’s suffering is equally real. There is also an uneasy humour at play, particularly between Catherine and her friend Anita, which is far too flippant in the context of narrative. And these contradictory elements reduce Zebra Girl to a superficial, good-looking horror flic undermining the heroine’s tragic history. AS