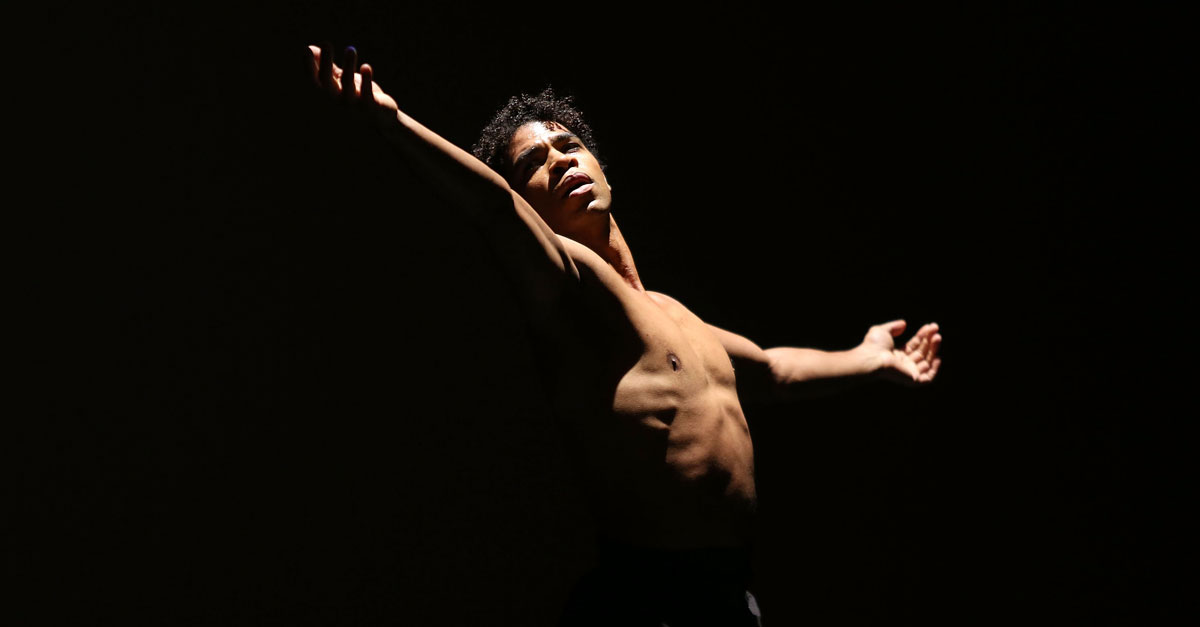 Cuba is the dazzling backdrop to this ‘all singing all dancing’ traditionally-styled biopic that vivaciously explores the rags to riches route to the international stage of its best known living export Carlos Acosta, now an celebrated ballet dancer. Based on his 2007 memoir No Way Home, it stars Acosta himself looking back on a career that has gone from minor to major striking nearly every thematic chord in life’s libretto from childhood poverty to paternal domination, racial discrimination, political turmoil and self realisation through artistic endeavour, under the glare – and glory of Castro’s regime.

Teaming up for the third time with her English husband and scripter Paul Laverty (I, Daniel Blake) Spanish director Icíar Bollaín (The Olive Tree) creates the irrepressibly vibrant milieu of modern Cuba where Acosta is seen rehearsing for a show that chronicles his life in the medium of dance. He is then transported back – by means of a red-bound scrapbook – to memories of his childhood where as ‘Yuli’ the cheeky young Acosta (Nuñes), named after the Cuban Santéria religion, is growing up in an impoverished barrio of Havana, with his white mother Maria (Perez) and his black father Pedro (Alfonso) who we first meet dragging Yuli away from a brilliant break-dancing routine with his pals.

The draconian Pedro has set his sights on better things for the wayward whippersnapper, and soon he is forcing him into a formal training despite the boy’s natural inclination to join a football pitch rather than the stage of the respectable Cuban School of Ballet where he soon fetches up, his talent capturing the imagination of his teacher Chery (De la Uz), who encourages him into a strict regime of training.

The years go by and the grown-up Carlos (Keyvin Martínez) finds himself travelling to London to take up an offer he soon manages to refuse, missing the warmth of his native Cuba which is by now in political meltdown. Back home, his father and Cheryl point him in the direction of dance rather than ballet – despite an approach from the Royal Ballet.

Laverty’s script tiptoes lightly over Maria of the rest of the family – alluding to mental illness for his older sister Berta (Doimeadíos) – but no love stories for Carlos, despite his popularity with the opposite sex. Knowing how well-received father/son relationships are (Boyhood, Field of Dreams etc) maybe Laverty and Bollain have decided to put Carlos and Pedro in the limelight of a story of male inspiration, particularly as it is a black one, although the decision to have Pedro give a diatribe on the slavery question in Cuba seems awkward, and strangely misplaced.

Bollaín injects plenty of joie de vivre into this sun-filled optimistic portrait with its terrific dance routines and sweeping cinematography. And although Laverty’s script sometimes follows a schematic road the performances overcome this, with Olbera Nuñes and Acosta himself the standouts. Yuli provides flamboyant entertainment for ballet lovers and mainstream audiences alike, enlivened by the presence of Acosta having so much fun. MT