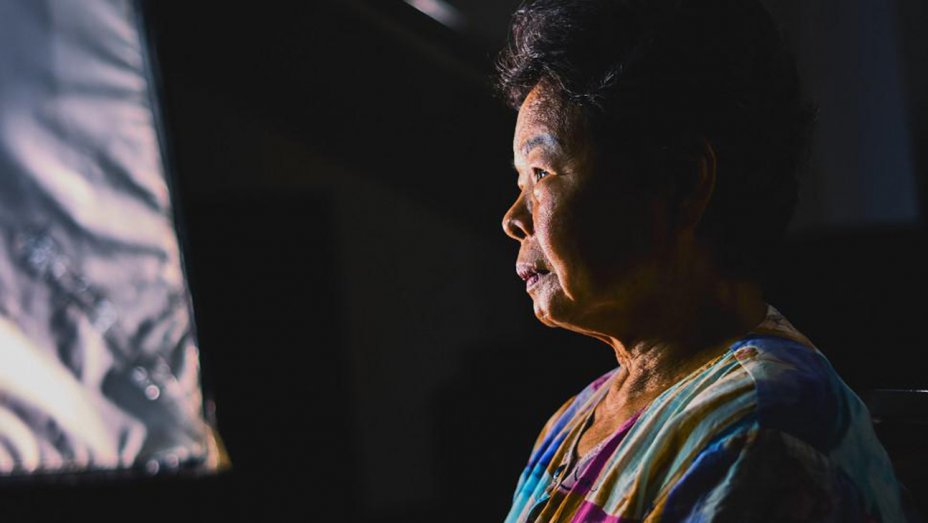 Tsai Ming-liang’s work is very much an acquired taste. You will either love his   minimalist mode or find his slow-burning method intolerable. With Your Face (Ni de lian) he once again offers an acute observational experience, this time reflecting on the faces of twelve ordinary people whose candid reality is expressed in intimate close-up.

The characters he choses have all lived their lives, more or less. The camera contemplates their expressions often in freeze-frame and often in silence or calm discussion. And the ravages of time and their experiences – whether positive or negative – have marked their faces with characteristic lines and wrinkles. What stories do they tell or hide behind those sad eyes or emotive glances, taken from a single angle. The conceptual artist marks out another chapter in his cinematic journey seen through the dwellers of a flat in Stray Dogs or the Buddhist monk in Marseilles from in his Journey to the West.

Painstakingly he strips away extraneous detail to draw us in to these personal tales of woe or reflections of a life well-lived. Questions persist, doubts prevail, thoughts are laid bare. This is not for the faint-hearted but an immersive, often challenging proposition. But compelling, none the less, as we look into the windows or their souls in Zen-like tranquility.

Particularly engaging is the women who confesses to enjoy making money. What transpires is a tale of a twice married, business women who has a definite appeal. But it feels like she’s hiding something. Another woman expresses her regret at not spending more time with her parents, due to her work. A man owns up to his obsession with ‘pachinko’.

The final face belongs to Tsai’s young muse and collaborate Lee Kang-sheng, who appears in all his films. He shares his memoirs of student days and fatherhood. The final scene involves a long-held shot of an empty ballroom, but a human presence has either been there are may still appear. Somehow the camera reflects things that we don’t notice ourselves. It presents another view of our reality of ourselves. We have a best side, and a worse side: each project a different facet of our personalities. And this reflection shows that people are multi-faceted and richly diverse. As the camera observes them, even their stillness reveals hidden depths and throws up questions that challenge those who really observe.