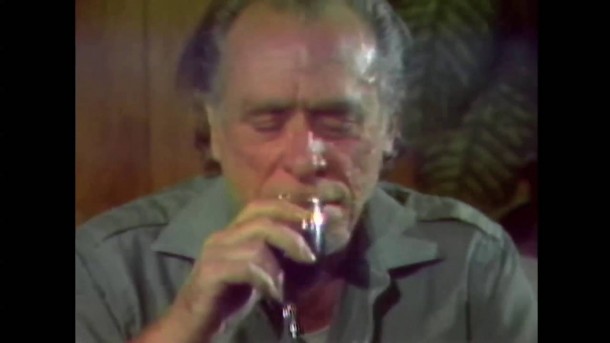 Not really much to be learnt from Silvia Bizio’s seventies interview with the legendary American writer who appears here in LA surrounded by a psycophantic wntourage of his young chain smoking wife Linda Lee and a photographer. Interspersed with Bokowski’s maxims and truisms to a collage of grim photos of down and outs in LA – Jem Cohen style without the irony – Bizio attempts to ask leading questions as they all get drunk together, but is met with a stream of largely uninformative answers laced with plenty of references to the sex that Bukowski is clearly not getting, or managing: pithy it is not. One of two revelations emerge: He puts his candour and insight down to prolonged beatings by his father and dislikes talking to other writers describing it as “like sitting in a bath drinking water”. Bizio was right, her tapes are in poor condition and the sound in Sala Perla was screachingly loud. Stick to his books is the advice here.