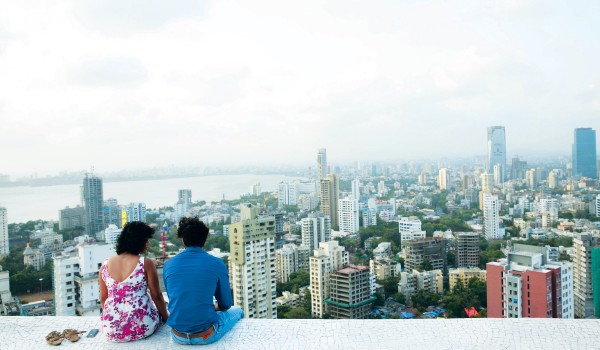 Advertising exec turned filmmaker Milind Dhaimade offers up a feelgood snapshot of modern Mumbai in this lively and watchable comedy drama that interlaces the lives of five ordinary young men who just want to be happy and play football at the weekends on Juhu Beach. At least, that’s the plan.

According to Dhaimade, not all modern Indians are striving, high-powered yuppies, and YOU ARE MY SUNDAY certainly proves his point. The humour here ranges from witty to hilariously dark and even raucous as Dhaimade hopes to show a new world of Indian independent cinema, with a charm and honesty that is truly representative of the urban youth – Speaking in a mixture of English and Hindu – they all still live with their families, apart from one who lives with some rats.

The story kicks off during one Sunday. The group are playing a freewheeling game of footie, when a senile old man called (Appa) joins in and accidentally kicks the ball into a nearby political rally. As a penalty, the five friends are banned from their Sunday routine game and their growing frustration gradually seeps into their private lives, even seriously disrupting their close friendship. All this all unravels in a light-hearted way thanks to some dry situational humour that confirms Dhaimade has his finger firmly on the international pulse.

Taking pity on Appa, one of the guys takes the old man home where he meets his forthright daughter (Shashana Goswami) and the attraction is instant. Being shy of her sparky intelligence, he then back-peddles until a tentative romance is kindled on a glorious beach where the mood turns dreamy and introspective, as he soulfully admits:”the problem with city life is there’s no place to enjoy the little things”. But suddenly having cold feet, he deep-sixes their dalliance and the action moves on, much to her disappointment. Meanwhile, another guy is having problems with his mother who keeps harping on about his single status – nothing new there – but he urges her to “relax”. YOU ARE MY SUNDAY works best in the scenes were Dhaimade’s wicked sense of humour runs free.  One involves a ridiculous incident underlining misogyny in the workplace where one of the guys is forced to defend his co-worker when she is given the sack, her boss trying to blame her for his own internet porn habit.

Well-performed and intelligently scripted, TU HAI MERA SUNDAY could benefit from tightening its slightly saggy middle section. That said,  film’s optimism and sheer joie-de-vivre, helped along by some really catchy musical choices, makes this a thoroughly enjoyable ride through the domestic life of contemporary Mumbai. MT

SCREENING DURING THE BFI LONDON FILM FESTIVAL UNTIL 16 OCTOBER 2016 |