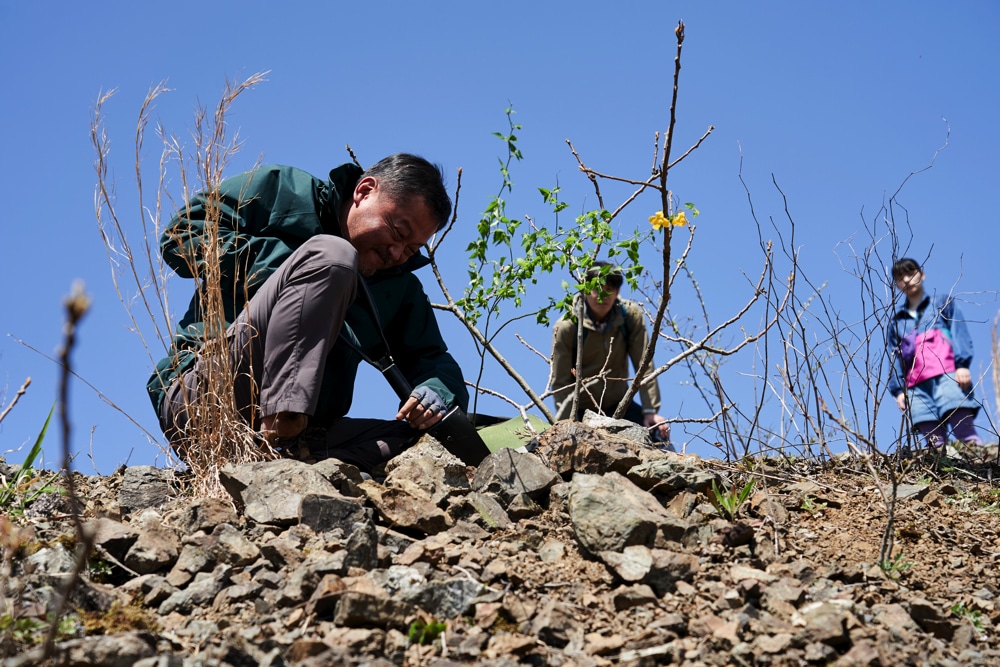 Japanese writer/director Juichiro Yamasaki has set this fraught drama in his hometown of Minawa, a multicultural mining community where the influx of foreign workers has added a radical vibe to the once rural backwater.

The story revolves around two South-Korean immigrants Chang-Su (Yoon-Soo) and motherless teenager, the titular Yamabuki (Inori). Chang-Su once had a privileged life in his homeland, but when his father went bankrupt, he not only had to give up riding (he was one of the top national equestrians), but had to leave the country in order to pay back considerable debts. He lives with his partner Minami (Kawase) and her daughter Uzuki (Wada) and works at the local quarry as an extractor driver, where he is promised a full-time position.

But fate intervenes: Yamabuki, a rebellious teenager, who demonstrates at street corners against the attacks on foreigners, takes a mountain hike with her father, a senior police officer and his colleague. Whilst digging out a Yamabuki flower, the father sets off an avalanche of stones, which hit Chang-Su’s car, causing an accident. In the hospital with a broken leg, he learns, that his full-time job is gone. But worse is to come in a feature with some deeply affecting elements: in one scene Yamabuki watches a Zoom conversation she had with her mother, a war journalist killed at the Syrian/Turkish border. Her desire to be independent often affects her relationship with her conservative father. Her boyfriend Yusake is not much help and is off to join the army. Ironically, the two alienated protagonists meet accidentally at a street corner, not knowing anything about each other, with Chang-Su not particularly impressed with Yamabuki’s protests.

YAMABUKI is not an easy watch: too often the protagonists talk at cross purposes, and neither the teenager nor the immigrant have any clue about the powers they face – they are just uprooted to this foreign town with totally different expectations. Yamasaki leaves the audience to work out much for themselves. DoP Kenta Tawara films the harsh settings in grainy 16mm, achieving a documentary effect and evoking a society very much at unease with itself. Yamasaki avoids sentimentality and didactic undertones, featuring off-beat emotional turmoil with poetic interludes. AS