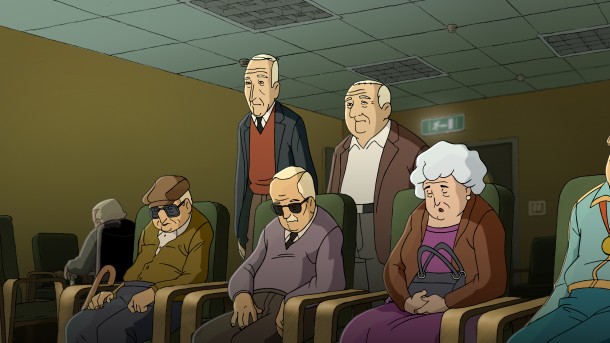 One day, we will all have empathy for Ignacio Ferreras’ characters shuffling towards death in his brilliantly-bleak animated feature set in a retirement home. Based on a comic by Paco Roca, the tragic inmates compete to survive against the odds: bereft of dignity, bewildered and beset by Alzheimer’s, incontinence, drug regimes and each other.  As they regress into a childlike state of helplessness, an ill-judged bid for freedom results in a comic tragedy. WRINKLES is a film that bravely says “Do not go gentle into that dark night!”