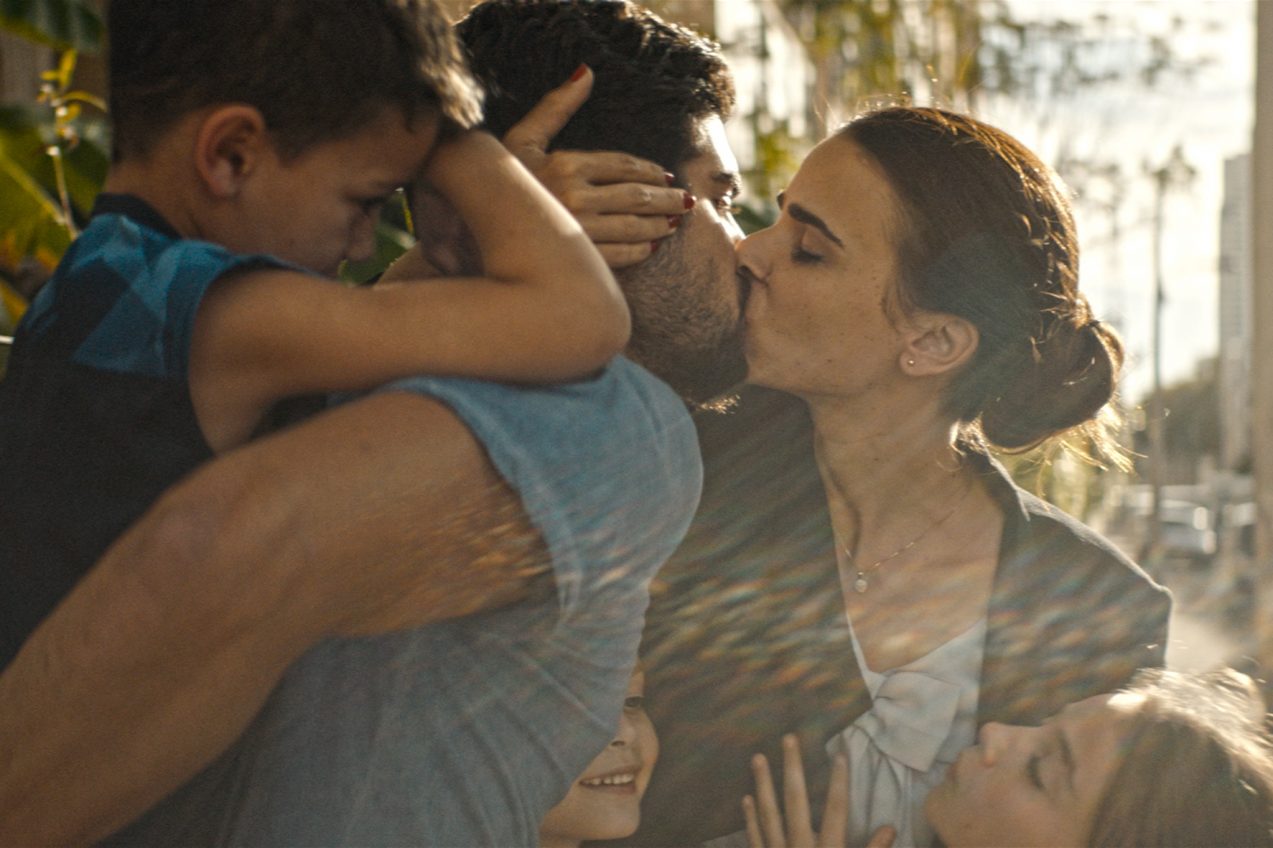 Best known her documentaries Michal Aviad (Invisible) sophomore feature is more a study of make incompetence than female empowerment. It tackles the timely issue of sexual harassment in the workplace in a detailed casestudy of a woman who has her work cut out both at home and in the office.

Orna (Ben-Slush) is feeling really positive about her new job in her former army boss’s property company. “Benny knows I’m hard working”, she tells her husband Ofer (Cohen), whose restaurant is struggling. But Ofer has his head in the clouds, with his foodie vanity project. Meanwhile in the world of real estate, Benny (Noy) starts his campaign to ‘groom’ Orna, immediately asking to wear a nice skirt instead of trousers, and letting her hair down “because it suits you”. But when he kisses the working mother of three, he over-steps the mark and makes up for it by offering Orna a promotion and securing an alcohol licence for Ofer’s restaurant.

Benny then whisks Orna off to Paris on the pretence of using her language skills for some company business. Carried away by the ambience, the makes another move on Orna but sadly fails to perform: “You are driving me crazy”, he complains, putting the blame (in time honoured male fashion) on this highly capable woman. Orna immediately leaves Benny’s company, but when he refuses to give her a reference, she is forced to take things into her own hands.

Liron Ben-Slush is the heart and soul of this absorbing drama about a positive woman caught between two impossible men, who both want to exploit her in different ways, relying on her good humour and generosity of spirit to get their own way. Ofer is like a forth child, expecting her to take carry the whole family, while pandering to his ego. Benny is the typical male chauvinist, determined to have his way with Orna, and blaming her when it all backfires. Orna feels guilty and responsible, and has to re-invent herself to survive in this subtle chamber piece, supported by its convincing cast. Aviad creates an important chapter in the ongoing #MeToo campaign. AS