Alhough his life was short, maverick documentarian Wojciech Wiszniewski made a resounding contribution to Polish cinema in the 60s and 70s. His ground-breaking and radical observational style, which incorporated avantgarde framing, distortional sound and inventive narrative techniques, abandoned the documentary as a passive vehicle for reflecting reality. Today this style is known as ‘creational’ and his ten short films bear witness to his pioneering work before he died of a heart attack, aged 35.  Sombre in tone, the mordant humour of these shorts delivers a corruscating message about Poland under Communism – that even then, some workers outshone others, or questioned a regime under which hard work and inventiveness left them with very little material gain or security after a lifetime’s toil.

After winning an award in 1967 for the ironically-entitled HEART ATTACK (1967), a mood piece that follows a taxi-driver through a cityscape lensed by Slawomir Idziak’s expressionist camera, Wisziewski focused on the world of work, filming characters such as socialist leader and miner, Bernard Bugdof, in A STORY OF A MAN WHO FILLED 552% OF THE QUOTA (1973) and WANDA GOSCIMINSKA, A WEAVER (1975) whose admirable industriousness and efficient work ethic helped to re-build a pre and post war Poland, whilst often casting their peers in an unfavourable comparative light. This was particularly the case in FOREMAN ON A FARM, where a retired miner who moves with his family to the country to start his own business is rewarded with maliciousness by the envious local community. Interestingly, Both Wanda and Bernard are deeply revered by their families: but whilst Bernard’s wife belittles his working achievements in comparison to those as a father and grandfather, Wanda’s children adore her both for her skills as a mother and her dexterity with her spindles at the Lodz Mill. This confirms that despite Communism, Poland’s status as a Catholic matriarchal society reigned supreme. 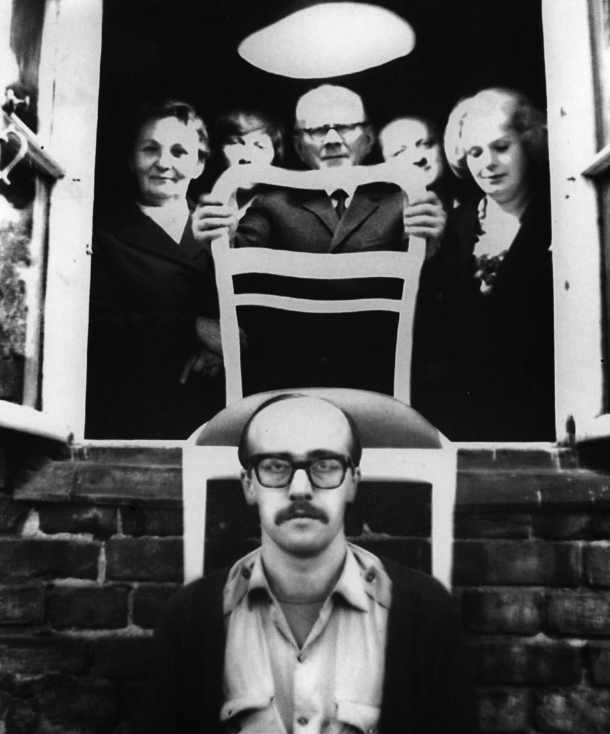 Wiszniewski’s films established that even during Communism, a competitive working style was indomitable in society, where human nature prevailed in the belief that years of inventive and efficient work should pathe the way to material success and security. Particularly brilliant is THE CARPENTER (1976 | left) whose narrative follows a fictional character whose career highlights and travails are reflected by genuine footage of Poland’s political and historical events. At the end he asks “How come all my hard work has only left me with a tiny flat?” Most prescient  is THE PRIMER (1976) that illustrates how even in the 70s, traditional learning was being overshadowed by a future where school kids know all the letters of the alphabet but cannot form the words to express themselves and communicate with each other. MT