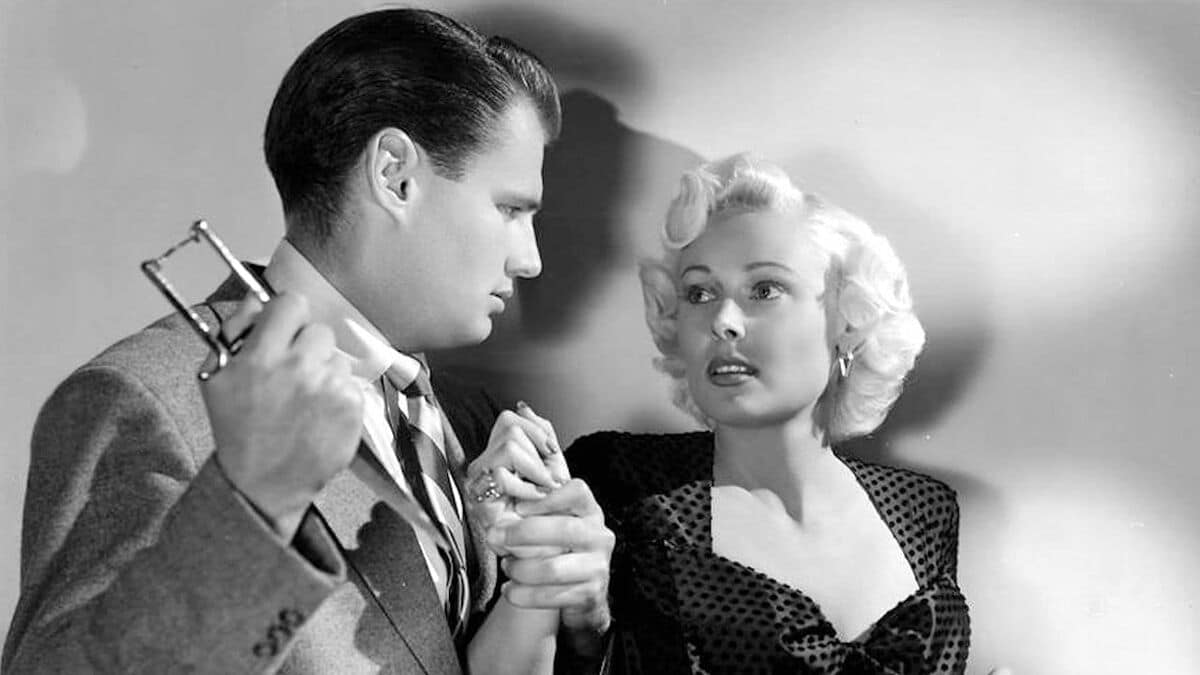 I became aware of this film years ago from a passing reference to it in Carlos Clarens’ ‘Horror Movies’, which had led me to assume that it was better known than it actually is.

The maiden production of the company Levy-Gardner-Laven (later to become very active in TV), and the directorial debut of Arnold Laven, Without Warning! isn’t particularly original – following as it does in the well-worn footsteps of flavourful location-shot police procedurals like The Naked City; and the ending wraps things up a little too abruptly. But as photographed by the veteran Joseph Biroc it treats us to a magnificent tour of some of the seamier parts of Los Angeles as they looked in 1951 (no crime film set in Los Angeles at this time, for example, became complete without a visit to its storm drains, which duly put in an appearance). One of many memorable images the film provides is the all-blonde police decoy squad who resemble something out of The Man from UNCLE; and despite the ultra-noirish title sequence and the occasional night scene, much of the action actually takes place bathed in glorious Californian sunlight for a change.

There are hints that the grip of the Breen Office was beginning to weaken (the wedding ring visibly worn by the blonde that Martin picks up in a bar, for example, would have been vetoed a few years earlier for depicting adultery), and the killer in this film is obviously motivated by sex; although the fact that we later learn that he’s bearing a grudge at the blonde wife who left him makes him more of a sore loser than the all-out sadistic sex fiend the film initially promises (and doesn’t really square with the glee he takes in reading about the case in the papers).

Edward Binns, who plays the police lieutenant, will be most familiar to viewers as Juror 6 in 12 Angry Men, and both he and killer Adam Williams were in North by Northwest; the former again playing a detective and the latter again playing a gardener. @RichardChatten