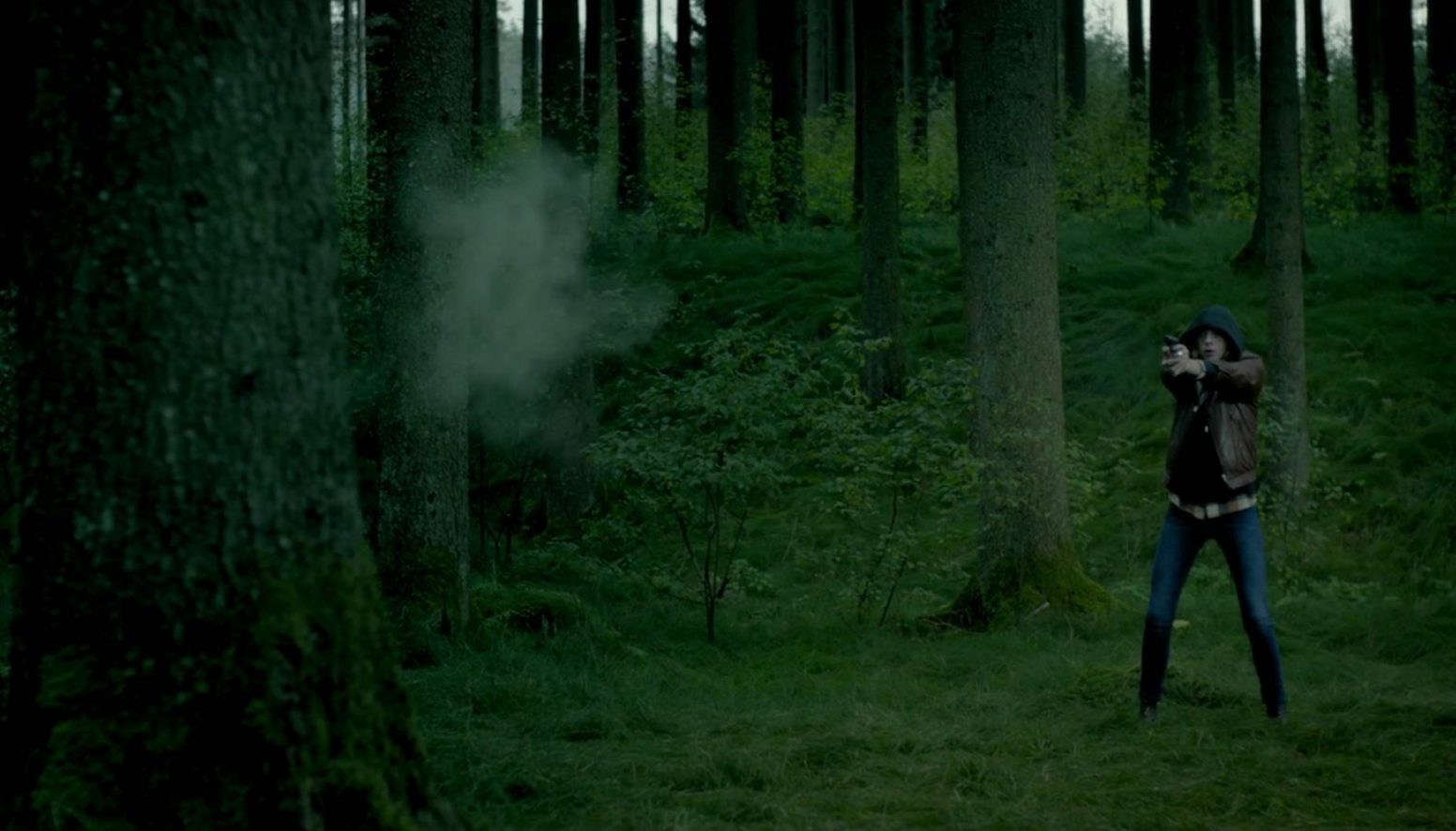 Winter Hunt is an earnest attempt to address the crimes of the Holocaust. Unfortunately the drama is hampered by the inexperience of its crew and cast. Trying to come to terms with the guilt of the Nation’s involvement has one again proved too much for these German filmmakers. They try to keep it real, but are simply not up to the task: and come across as worthy artisans of their craft, when mastery is required.

The film starts off in thriller territory. A young woman called Lena (Genzkow) is investigating the case of Nazi war criminal and KZ guard Anselm Rossberg (M. Degen), who now lives in a remote wooded location with his daughter Maria (E. Degen), after his recent trial. On the pretext of a faked car accident, Lena forces her way into his property where a verbal exchange of lies and counter-arguments sees the old man plead his innocence. She is soon overpowered by the father and daughter, confessing to be his granddaughter, and opening the way for a rather far- fetched fatal resolve.

Schult tries too hard to ‘make something happen’, but has nothing new to bring to the Holocaust story  – her implausible narrative is shot through with plotholes. The pervasive haunted-house atmosphere gives Winter Hunt the impression of one of those Sherlock Holmes dramas of the 1940s. DoP Katherina Bühler tries in vain to give this parlour piece an atmospheric shot in the arm, but the acting can’t save this worthy endeavour: clumsily raised voices are the rule, and flaying limbs and dramatic hand gestures fail to convince us of their anguish. Sadly, this is a rather amateur affair. AS