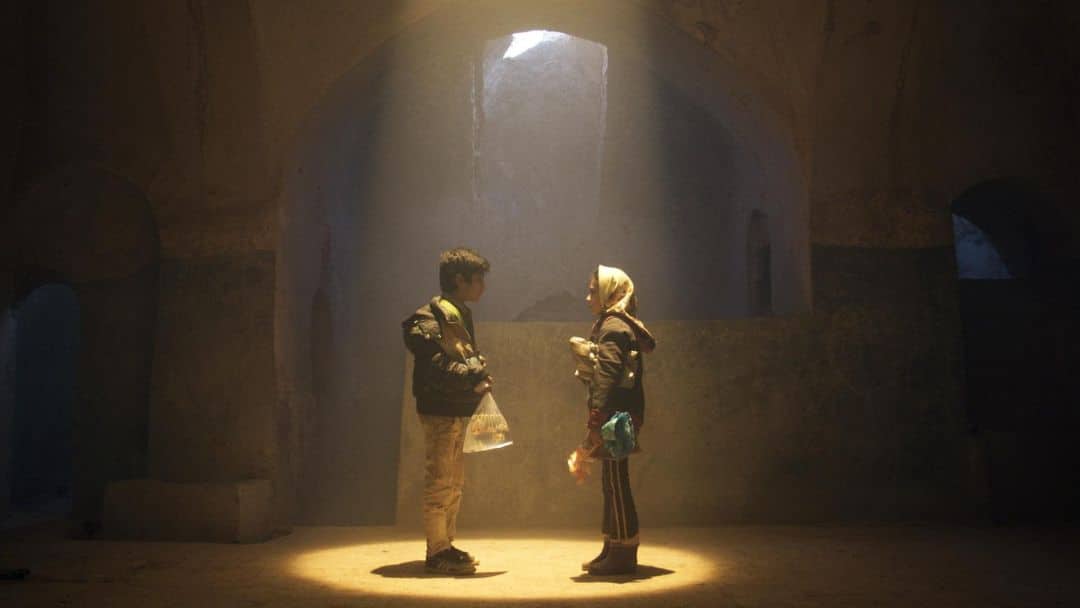 Cinema Paradiso comes to mind and is actually mentioned in this sunny tribute to cinema and the Iranian directors past and present from award-winning filmmaker Hassan Nazer. It follows the adventures of a young film fan who comes across a shiny Oscar like statuette in the dusty wasteland surrounding his village in the remote desert of Kavir, and decides to trace its owner. The film also stars Mohammad Naji from Majid Majidi’s 2007 Song of Sparrows another delightful drama that also charmed the birds off the trees.

Iranians love their cinema so much so that there are no less than three newspapers dedicated entirely to the subject. And this delicate lyrical fable echoes with the spirit of Iranian cinema and filmmakers such as Abbas Kiarostami Asghar Farhadi , Majid Majidi and many who still languish in prison. Hassan Nazer made the film in Scotland where he arrived in as a refugee two decades ago.

It opens when keen cineaste and Afghan refugee Yahya (Parsa Maghami) watching Jafar Panahi’s 2015 Golden Bear-winning Taxi while his widowed mother is imploring him to go to bed. During the day he works for Nasser Khan (Naji hiding from the authorities) on one of Tehran’s scrapyards for a minimum wage. In the dusty rubble he then discovers the statuette which has already had a colourful history of its own, that started in the back of a taxi and finished in the middle of the road via the local post office. Nazer packs a great deal into his charismatic feature and the joie de vivre it generates makes it a success. MT