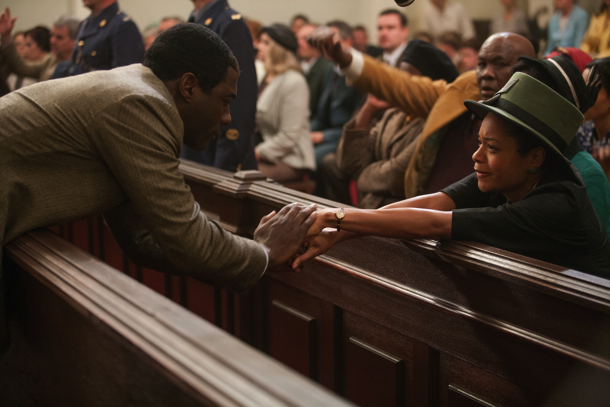 William Nicholson on the making of Mandela: Long Walk to Freedom 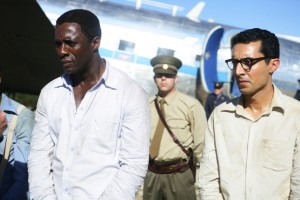 William Nicholson knows Nelson Mandela’s life inside out. Starting work in 1997 on the script the the film that eventually became MANDELA: LONG WALK TO FREEDOM, two years before director Justin Chadwick even came on board, he’s looked at the story from every possible angle – even at one point locating it in the Palace of Versailles, even toying with TV and a two-parter film version eventually coming up with an appealing, filmic journey.  Working every single day on a script, from linear narrative to fractured narrative – he’s tried every angle to bring us a way to understand the life of this great South African Statesman, Politician and human being , who, significantly chose to leave this World during the UK Premiere, never actually seeing the finished product – MANDELA: LONG WALK TO FREEDOM, 33 drafts later- ‘a story version of the truth’ has emerged – a film the creators thought would never happen. 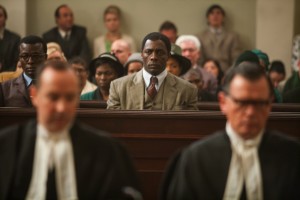 Naturally over the last sixteen years events have unfolded and developed – nearly every well-known black actor has been considered for the part and moved on, due to other work commitments. South African actors also came and went. But when Idris Elba arrived on the scene, he made an indelible impression with his appealing humanity that stems in part to his father being a trade union organiser. The emotional link is stronger than the ‘Africanness’ in him, although Elba’s origins are in Ghana.

Now it seems he’s set for international stardom, after magnetic roles in TV (Luther, The Wire) and this standout performance. The young Mandela was a fitness freak and a boxer, so Idris Elba’s strong physicality was ideal for the part, which he embraced wholeheartedly; running tapes of Mandela’s voice over and over again. Says Nicholson of Elba “He’s not an intellectual and doesn’t spend all day ‘in character’ like some actors.  He internalises the part and reverts in and out of Hackney, completely naturally”.  Naomi Harris also fits the persona and stance of Winnie Mandela, even – this film has been ‘made’ by this serendipitous casting. 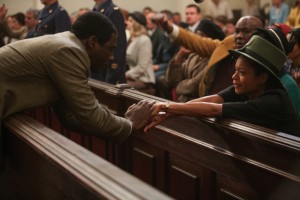 The film has been extremely successful in South Africa and will most likely be used as an educational tool in schools:  successfully encapsulating the key idea that Mandela made the White population fear the Black, encouraging them to work for a solution to harmony.  This is particularly felt in the scene where Mandela refuses to let P W de Clerk offer him a state funeral, on principal. He reasserts his power through moral emotion. 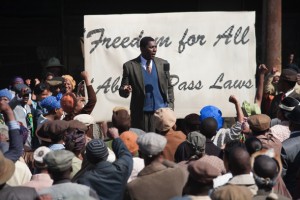 William Nicholson believes that the ANC will split and form an opposition.  And he does bring some heritage to the story.  Born to a Catholic mother and Jewish businessman father, whose parents were South African, the scripting job was a natural fit.  But although he has studied the history in depth, William Nicholson describes how important it is not to let research engulf the project: “Know it, don’t let it overwhelm you”. Producer Anand Singh was also adamant he didn’t want a South African screenwriter for the feature but someone who could tell a story for the whole World to appreciate and understand. For his part, William Nicholson considered it his duty to get across the moral quality in Mandela – a quality that’s the key to making his enemies embrace him.  So MANDELA becomes a universal story.  As in SHADOWLANDS  and GLADIATOR, Moralism is the most important element of all in MANDELA – ‘Everything I write is driven by moral emotion”.

MANDELA: LONG WALK TO FREEDOM comes out on 6th January 2014