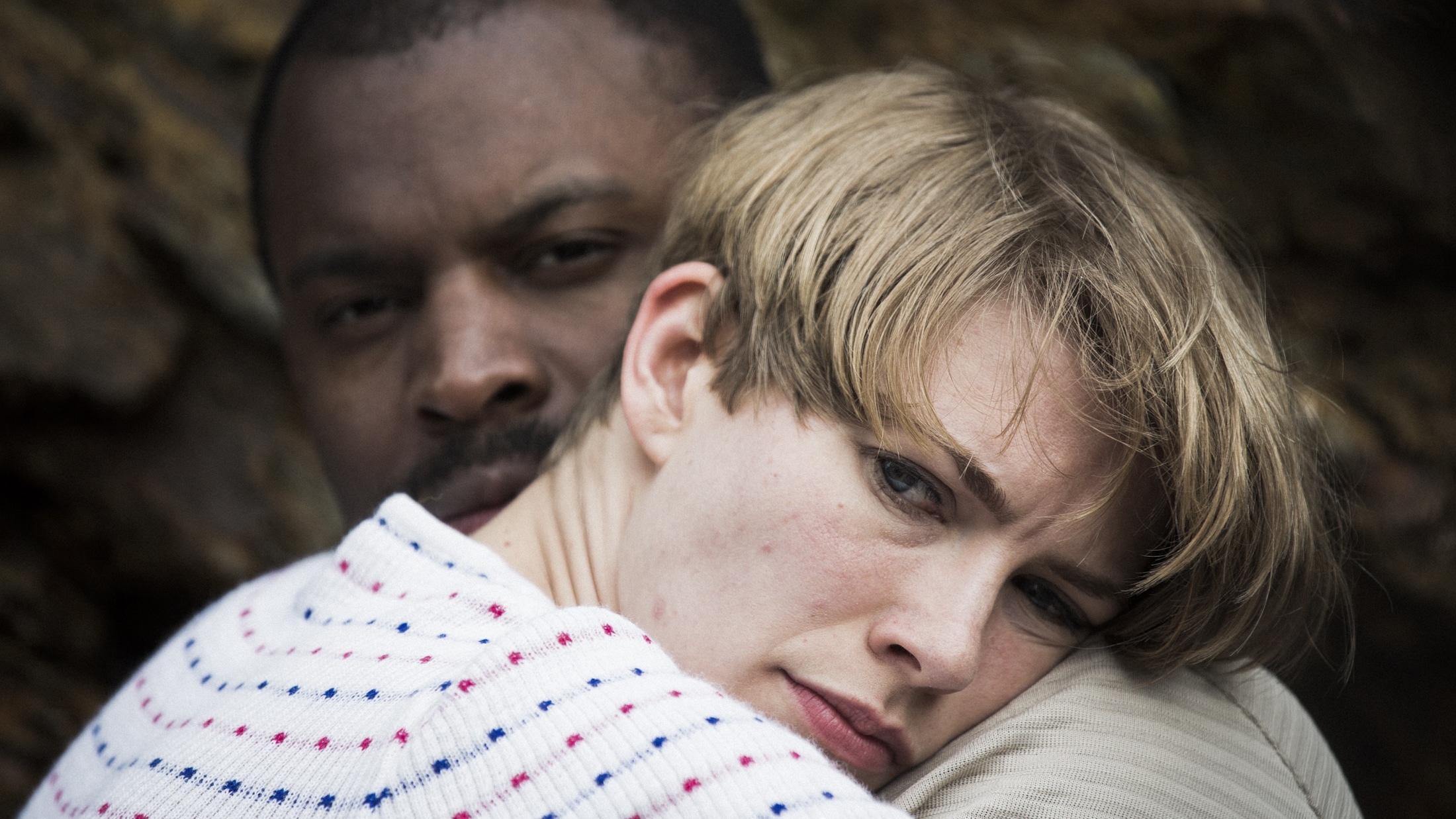 The first feature for Justin John Doherty, scripted by Neil Fox, is a melancholic tract on the impossibility of true love. Set during the 1960s Wilderness is two films in one: a passionate and playful love affair influenced by Godard’s wordy confrontation of the genders in Contempt all coupled with a brilliant jazz score reminiscent of Louis Malle’s Ascenseur pour l’echefaud .

John (Barnes), a black jazz musician, who shuttles between Europe and the US, meets Alice (Davenport), the two of them stealing moments between concerts and travel. Their relationship is fired by a palpable physical attraction that powers their idealistic affair. This loved-up dynamic changes when they spend a long weekend beachside in Cornwall meeting strangers and friends only to discover (like the audience) they hardly know each other beyond a sexual bond.

At a drunken party with John’s friend Charlie (Baderau) and his partner Francis (Downes), the tenuous nature of their relationship becomes obvious. Alice starts dancing rather too intimately with Charlie, and then joins Francis in criticising ‘men’ for keeping old affairs to themselves.

While Alice is interested in finding out about John – particularly his past – John is often unable to voice his feelings. Alice is shown as a rather moody character, her randomness often leaving John bewildered. “Are we over?” he asks at one point. But that would be too easy for Alice who involves John, not for the first time, in a game of strip poker. Side by side on the floor, they mourn the loss of their idealised passion. Gender and race politics raise their heads but are integrated into the narrative.

Shot with four professional actors and the same number of filmmakers, Wilderness feels very much a work in progress, and this has pro and cons: the poetic, non-linear element of the first part confidently reflects the more daring student element, but the rather wobbly second part, particularly the clunky dialogue and the lack of visual strength, might have been avoided by a more self-critical crew. Overall, Wilderness feels like a promising feature in its draft process, the completed version still waiting to be unveiled. AS

WILDERNESS IS ON 5 APRIL 2021 ON SKY STORE, iTUNES, AMAZON, GOOGLE, and BT