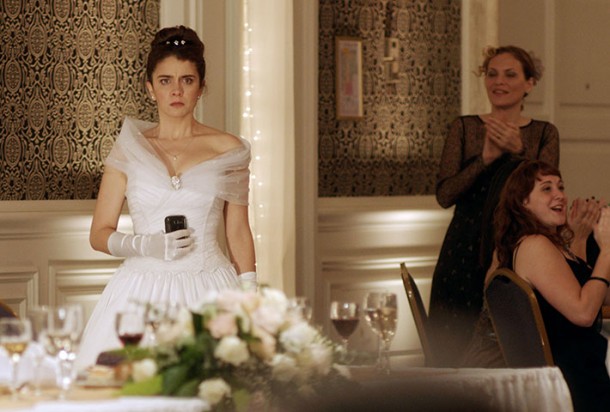 Argentinian film-maker Damián Szifrón’s latest film was also his big hope for the Foreign Languages Oscars in 2015. He didn’t win but WILD TALES is worth watching: a collection of wacky and wonderful stories from contemporary Argentina: a country richly suffused with the feisty Latin temperament of its Spanish forebears and public services that would make even Franz Kafka proud. Exploring a series of nightmarish scenarios and characters on the verge of a nervous breakdown (Almodovar is co-producer), but WILD TALES could be set in any modern European capital making it a drama of universal appeal.

On a plane, a fashion model finds she is next to her nemesis leading to mile-high mayhem; a cook uses her culinary expertees to help her boss avenge an unpleasant diner; a macho driver gets more than he bargained for on a mountain journey, a demolition man (Ricardo Darin) brings the house down over a ill-judged parking ticket; a rich industrialist tries to cover up his son’s mistake and, finally, a Jewish wedding ends in a showcase showdown after the bride pits her wits against her unfaithful groom.

In scenes of spectacular violence, outlandish revenge and powerful poignance the portmanteau fiom travels the length and breadth of the country from the heart of Buenos Aires to the magnificent mountainsides and pampas, Szifrón uses dark humour and subtle gravitas to expose his fellow compatriots’ proud self-belief and unswerving inner-strength: a scene between a bride and a random waiter on a hotel roof-top is almost magical. Performances are gutsy and heartfelt from the ensemble Argentinian cast, WILD TALES offers world class entertainment worthy of any Oscar ceremony. MT