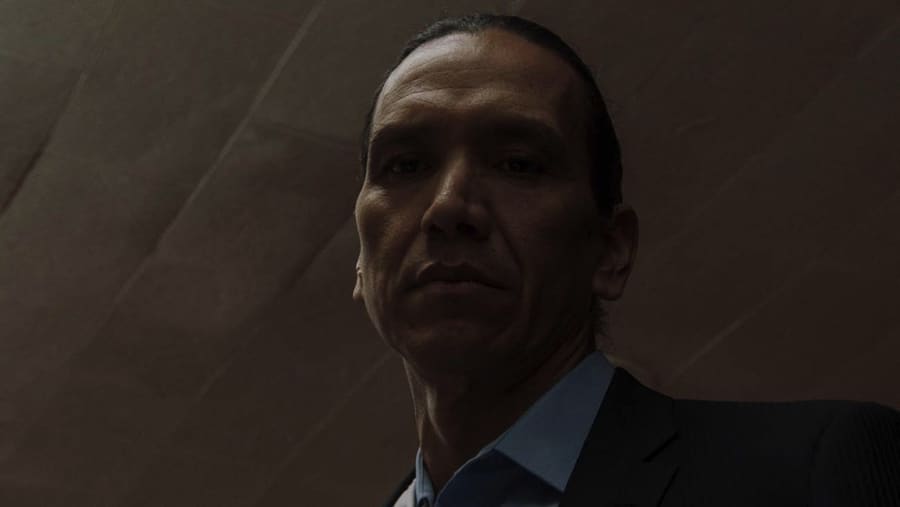 1980s Wisconsin provides the setting for this atmospheric thriller that sees two Native American teenagers brought together by a murderous secret. In his first feature competing in this year’s Sundance Film Festival Lyle Mitchell Corbine Jr writes, co-produces and directs the intriguing stand-alone narratives that somehow fail to come together as a satisfying whole.

Makwa (Haze) and Teddo (Gopal) are outsiders who spend their afternoons kicking around the neighbourhood where their own parents are struggling to give them a proper home. Makwa’s father is so abusive he has to invent excuses for the bruises he is always covered in. One afternoon in the woods Makwa accidentally shoots a fellow student with a gun, that was lying around at home. Teddo is appalled, but helps his friend to bury the body.

Decades later in 2019, Makwa (Greyeyes) – now calling himself Michael – is a successful accountant in LA, married to the attractive Greta (Bosworth) with a son, Francis, Greta soon giving birth to a second baby. Teddo, on the other hand, has spent most of the last twenty-five years in jail. He blames his ‘bad luck’ on the trauma he suffered helping his friend cover up the murder. Michael is still drawn to violence, choking a sex worker, and threatening the victim’s relative to be quiet, attacking her in hospital. His well-paid lawyer gets him off any charges, police are uninterested in solving the case. But when Teddo fetches up at Michael’s house intent on revenge, there is an ugly and tragic incident.

Nothing tangible connects these two scenarios, Mitchell Corbine leaving the plot underwritten and leaving viewers to grapple in the dark: we have no idea how Makwa/Michael became so successful, or Teddo turned to a life of crime – somehow the trauma of the dead student is left unresolved. Micheal has a curious rapport with his right-hand man (Eisenberg is terribly underused): Michael asking his subservient underling about his haircut amongst other issues.

DoP Eli Born shows two worlds in complete contrast, the LA glitter is wildly overdone. Nice idea to bookend the feature with mythological images and poetry from the canon of the native Americans, but there are too many unanswered questions in this oblique but well-meaning debut. AS