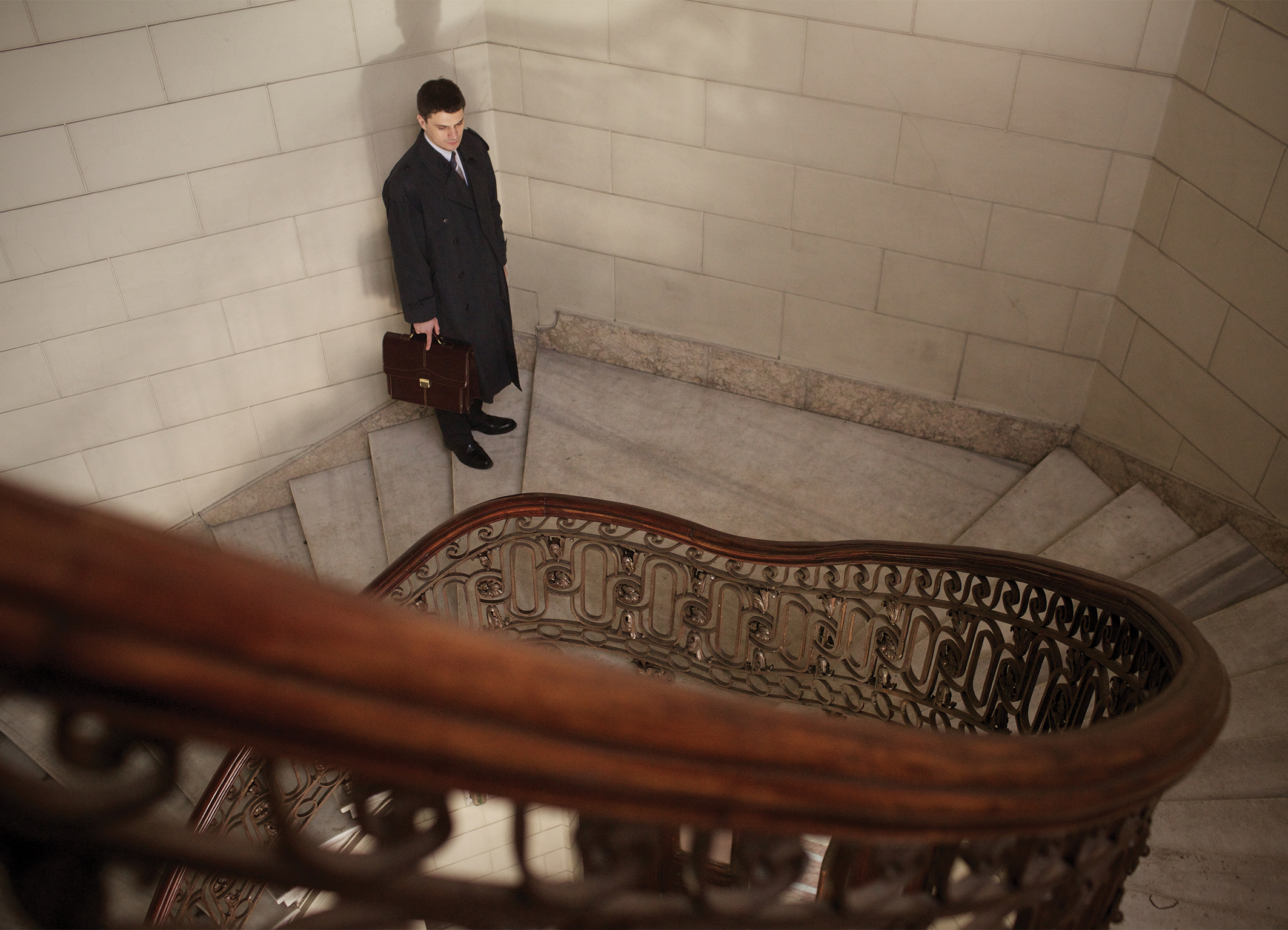 Romanian director Tudor Giurgiu crafts a caustic Kafkaesque thriller based on a true case of political and police corruption.

Romanian new wave drama WHY ME is Tudor Giurgiu’s third fiction feature and a no holds barred exposé of Romanian state criminal prosecutor Cristian Panait (29), who was found dead in suspicious circumstances in 2002 after he took a fearless stand to uphold the truth in a case the high-profile corruption battle that still resonates for those involved and affected. Whether it will have appeal for general audiences is questionable but this offers absorbing entertainment for keen cineastes or the Eastern European arthouse crowd.

Serving as an allegory for Post Communist Romania, WHY ME has all the trappings of a grown-up crime thriller. Slick production values and Giurgiu’s masterful direction elicits a dynamite performance from the dashingly dour Emilian Oprea in the lead as Cristian Panait (here called Panduru). As a university lecturer and leading light in the criminal prosecution service, his strict moral code does not extend to his sexual relationships: he enjoys a high octane feisty chemisty with his girlfriend Dora (Andreea Vasile) while hotly pursuing the charms of his female students. At only 29, he is put forward to handle a thorny corruption case against Bogdan Leca (Alin Florea), another prosecutor involved in smuggling charges against prominent political figures in post Soviet Romania. Although Panduru initially leaps at the opportunity to handle the case, he becomes less keen when he suspects the authorities of using him as a pawn. But his life downsirals into paranoia after backing out of the Leca case and soon he feels unable to trust even his own doting mother, with tragic consequences.

To some extent WHY ME is semi- autobiogrpahical for Giurgiu, who ia Romania’s best known director, both at home and abroad. He was also the main proponent of Romania’s BBC equivalent before resigning under political pressure. Not for the feint-hearted, the film is hard-hitting and heavyweight with some emotional scenes but very few glimpses of the usual dry Romanian sense of humour.

Through suberb widescreen cinematography WHY ME offers some opportunities to see Bucharest and the surrounding  scenery and local architecture as well as the smoke-filled corridors of government power where Panait fought to expose corruption. Eventually, possibly through his efforts, Romania disbanded its secret forces in a widescale crack-down on  corrupt politicians. Worthwhile and intelligent. MT