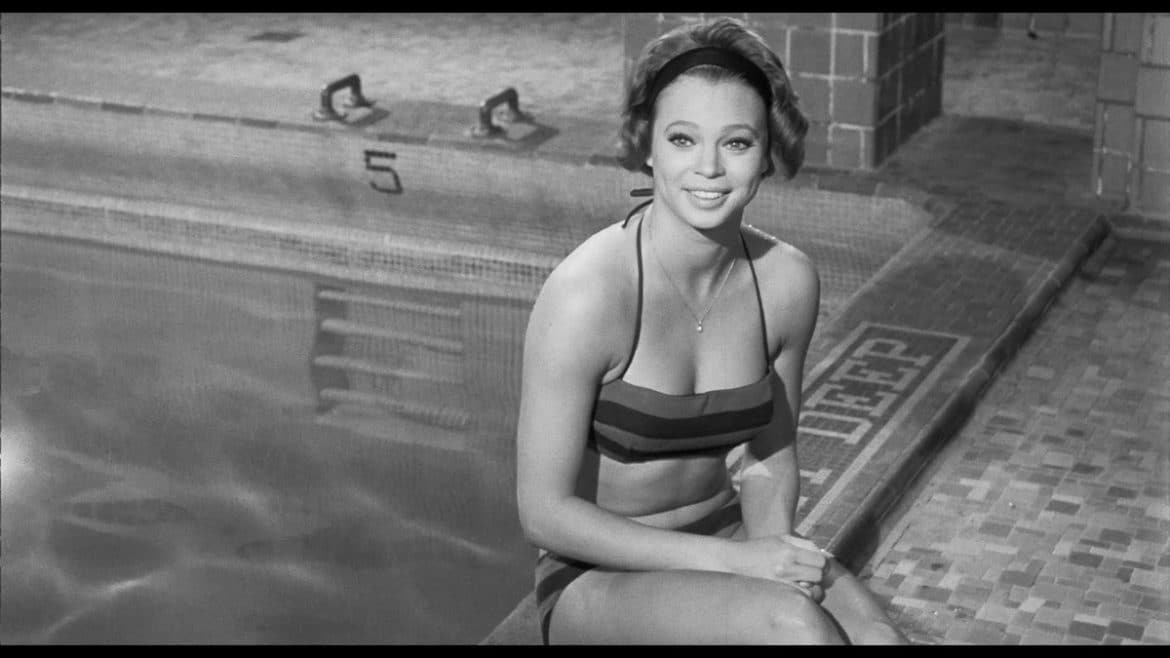 Although the Italian giallo officially dates from Mario Bava’s Blood and Black Lace (1964), the genre didn’t bloom until the early seventies; with the unfortunate result that they are indelibly associated for this viewer with ugly colour and even uglier clothes and haircuts.

This Neo-noir thriller gives an interesting glimpse of what gialli would have looked like had they been made just a few years earlier when a modicum of taste still prevailed, and male dress sense (an oxymoron if ever there was one after the late sixties) hadn’t yet been wrecked by the bizarre notion that flares and sideburns looked cool, and sharp suits, thin ties and short back and sides were still standard male apparel (it’s nice to see Dan Travanty (sic) and Bruce Glover, for example, looking so young and clean-cut; the former playing a deaf mute, the latter an unnerving security adviser). That goes for the women too: I’ve never seen Elaine Stritch look more chic and glamorous than she does as the elegant lipstick lesbian she plays here.

Most of the conventions of the giallo are present and correct in this movie: including voyeurism, transvestism, flashbacks depicting childhood sexual traumas, the stalking of women, weird camera angles making us complicit with the killer, obtrusive musical accompaniment and cops who make the Keystone Kops look like Maigret (the unprofessional way the detective behaves at the end has to be seen to be believed!). But Who Killed Teddy Bear could only have been made at that fault-line in the mid-sixties when censorship was being rapidly eroded and subjects that would have been absolutely taboo just a couple of years earlier could even be hinted at; but before the descent into full-frontal crudity that makes so much modern cinema almost unwatchable.

Leon Tokatyan’s script is liberally sprinkled with words like “pervert” and “hooker”, for example; but there’s no swearing. And of course – although no one had any inkling of this at the time – it was made just at the moment that the black-&-white feature film as the cinema’s default setting was on the verge of disappearing forever. Six years earlier cameraman Joseph Brun had shot one of the most breathtaking black-&-white features ever made, Robert Wise’s Odds Against Tomorrow (1959); so when I saw his name on the (extremely stylishly designed) credits I knew I was in for something special. @RichardChatten