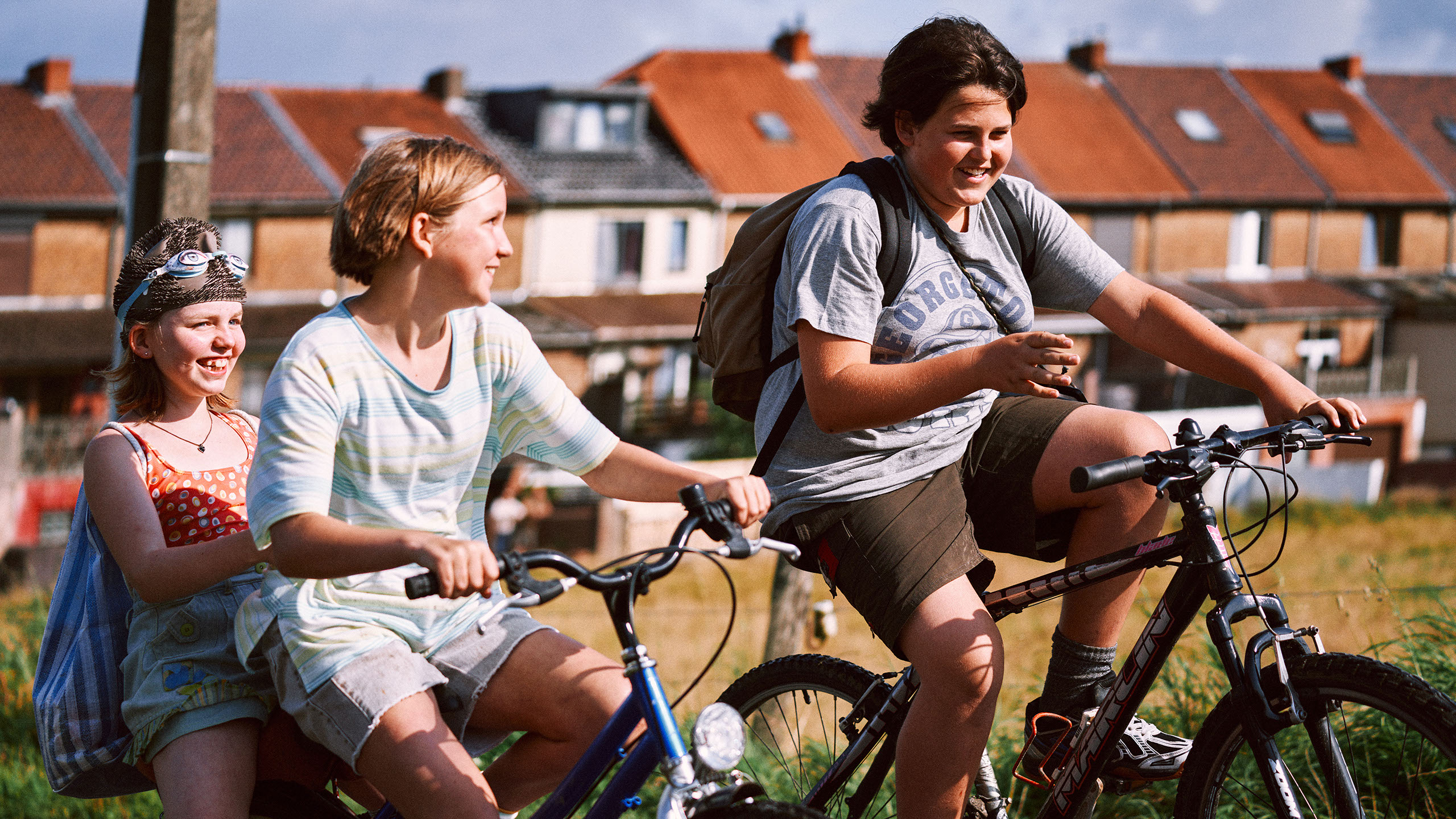 Family conflict is at the heart of this provocative drama about a troubled teenager from first time Belgian director Veerle Baetens.

Now an adult, Eva (De Bruyne) has clearly not recovered from the past. Out of quiet desperation, we see her (in flashback) deliberately breaking a gift rejected by another girl called Elisa (Van Der Eecken) who she tried to befriend when she was younger (played by Marchant). And desperation is a good way to describe her current existence in a Belgium city where she now lives, people around her clearly picking up on her angst. The truth will gradually emerge in a series of flashbacks fleshing out her childhood showing a happier time in the countryside where she grew up.

When It Melts sees Eva returning to the village many years after a sweltering summer where everything seemed to go wrong, leaving her scarred and emotionally fragile. This time, Eva has taken a block of ice in the back of her car, but not in preparation for the summer heat, as we soon discover as the tragedy unfolds. Her old friend Laurens (Van Buyten) is happy to see her. His mother – the local butcher – always seemed warm and protective, unlike her own parents who were dismissive and distant. Tim is still suffering from the death of hs brother Jan, who fell into a cesspit. His parents clearly would have preferred him to die instead.

In the past Elisa (Van der Eecken), was always more mature and sophisticated than the others. Her Dad gave her a horse as compensation for his frequent absence. Elisa, out of boredom, hung out with Eva, giving her make-up lessons and lending some of her clothes. Eva saw this as true friendship, introducing Elisa to Laurens and Tim. But their relationship ends when Eva accidentally kills Elisa’s horse by feeding it poisonous flowers. Sex inevitably becomes another complication between the girls and the boys, in a game of truth or dare that goes seriously wrong. Graphic violence and cruelty takes place off scene, the sheer brutality of these encounters is clearly harrowing – but very much in line with the characters committing them.

When it Melts avoids sensationalism, but is once again testament to how far ordinary teenagers will go to fulfil their darkest desires. Strong performances across the board make this heart-rending and convincing, Baetens’ debut will stay with the audience for a long time after they leave the cinema. AS