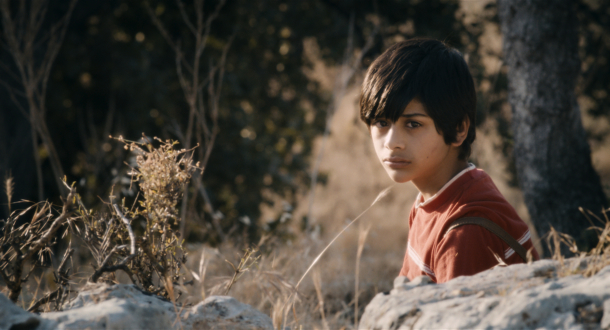 A sweet-hearted coming of age drama that explores a young boy’s life in a Palestinian refugee camp in sixties Jordan. Palestinian writer-director Annemarie Jacir uses a tender and playful approach to what could easily have been a traumatic and violent story: her elegant pacing and Hélène Louvart’s painterly visuals make this story appealing for children and adult art house audiences alike. 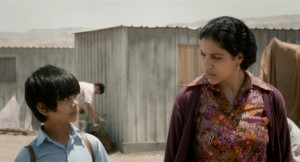 Tarek (Asfa), is a cheeky and endearing Jordanian boy who lives with his mother Ghaydaa (Blal) in the pre-fab camp; the two of them hoping that one day his father with take them back home.  Tarek’s intelligence alienates him from the rest of the school kids and he gravitates towards the older men, and in particular, a soldier called Layth (Bakri) who is a member of a paramilitary group stationed locally.  Soon he’s joining in with training activities under the watchful eye of the draconian commander Abu Akram (Elayan), who injects a more aggressive political tone to the proceedings, keeping Tarek on the straight and narrow.

With his big brown eyes and floppy hair Tarek is the main focus of Jacir’s camera for most of the story and his enthusiasm and brio sometimes threatens to overpower the serious message of the story which is the plight of two helpless refugees in a war torn country. That said, it’s a soft-natured affair and Blal’s austere performance as his mother provides a suitable ballast to Tarek’s antics, reining in any over-exuberance successfully, while he keeps an eye out for any unwanted male interest on her part.  The final moments of the film give a message of hope to the ongoing narrative of displacement and strife in the Middle East.  Sad to think that 50 years later, not much has changed. MT