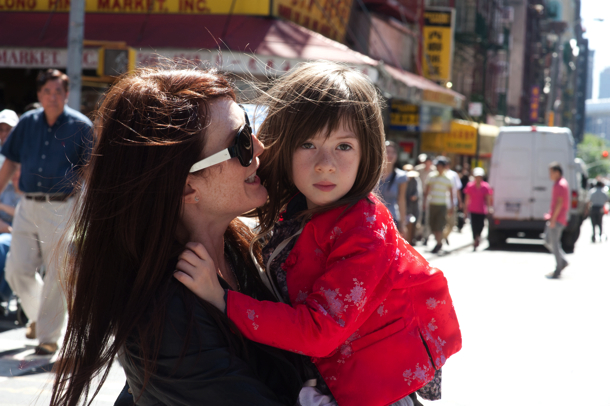 In this cliché-ridden but timely drama from Scott McGree (Suture) (taken from a Henry James novel) every move of the narrative is telegraphed long before it happens. 6 year-old Maisie (well-played by Onata Aprile) is caught up in a custody battle between her parents who shower her with gifts. Mum Susanna (Moore) is a highly strung singer, often on drugs and/or alcohol, whilst her Dad, Beale (Coogan) is a businessman, always between deals in New York and the rest of the world. Enter two young ‘replacements’: new hubby Lincoln (Skarsgard), a bartender, is soon been shouted at by Susanna, and Beale treats his young wife Margo (Vanderham) to the same permanent absence like his ex-wife.  Maisie becomes the football between her bitter parents, who soon use their new spouses as surrogates to fight their war. Life for Maisie doesn’t improve with these new parents.  Despite competent performances, especially from Julianne Moore and decent camera-work, this modern adaptation of a novel written over a 100 years ago fails to bring anything new to the modern-day parenting story.