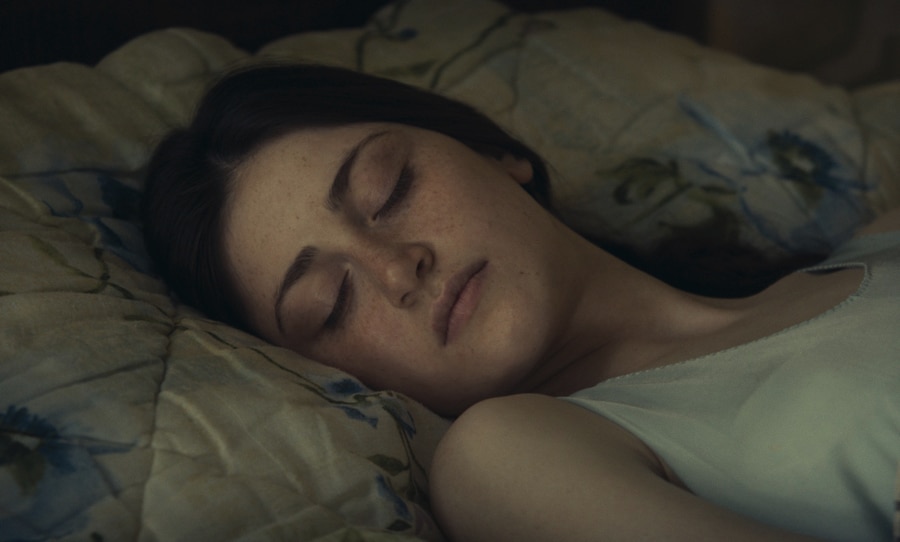 Love at first sight is one of those strange human miracles. And this serendipitous occurrence lights up everyday life in a Georgian city in this whimsical sophomore feature from Georgia’s Alexandre Koberidze.

The lovers in question – Lisa and Giorgi – meet in their home town of Kutaisi (north west of Tbilisi) agreeing to see each other the next day – someplace, same time – without exchanging numbers. But a stranger has cast the evil eye on their happiness, completely changing their appearance.  When they finally get together, the feelings of passion are still there under the surface, but they desperately try to recapture the magic of that first flirtatious flight of fantasy. They are still the same people, but they look completely different.

Koberidze keeps the action light-hearted and playful, making use of magic realism to show how the lovers (now played by different actors) both fall into new jobs in a local cafe. Meanwhile, we get a glimpse of life in this cathedral city on the banks of the Rioni River, in a series of vibrant vignettes that spill out one after the other, anticipating the excitement of the forthcoming World Cup. There’s an intoxicating feeling of camaraderie but also a hint of wistfulness in the air giving the film a gently poetic feel. We never get to know the protagonists and so they remain distant, locked away in this modern fairy tale.

Intoxicated by its own joie de vivre the bittersweet docudrama tries hard to keep us engaged but rather overstays its welcome at well over two hours. DoP Faraz Fesharaki does his best to entertain and delight with glowing images, using a static camera to enhance the film’s more sober final sequences. In a world with so much tragedy, conflict and seriousness, Koberidze shows us there is still room for dreams if we let our imagination loose. MT

ON RELEASE FROM 25 NOVEMBER | PREMIERED AT BERLINALE 2021