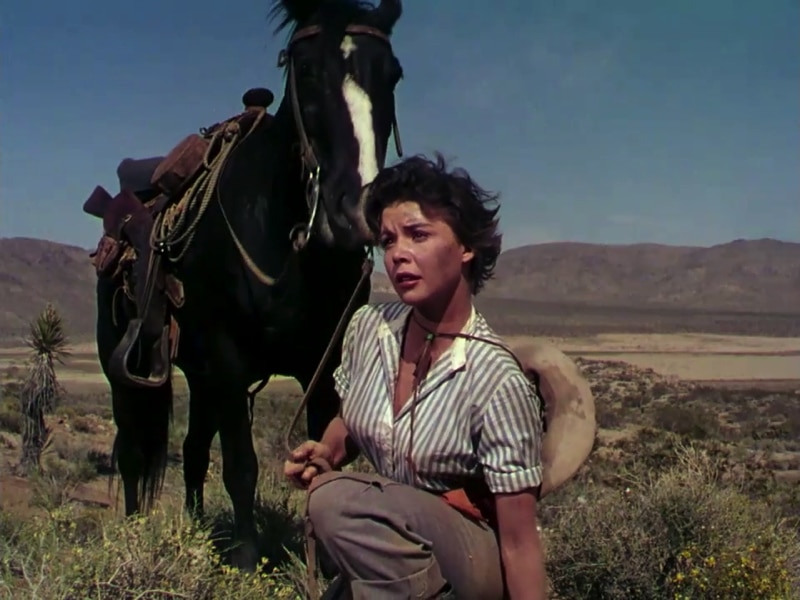 Westerns are Back in Town | Turin International Film Festival 2022

Turin Film Festival has long been synonymous with westerns. A favourite genre of artistic director Steve Della Casa, the tradition goes back to the turn of the 21st century when the festival paid tribute to those venerable veterans of the Wild West: Howard Hawks, Budd Boetticher, Anthony Mann and John Ford. 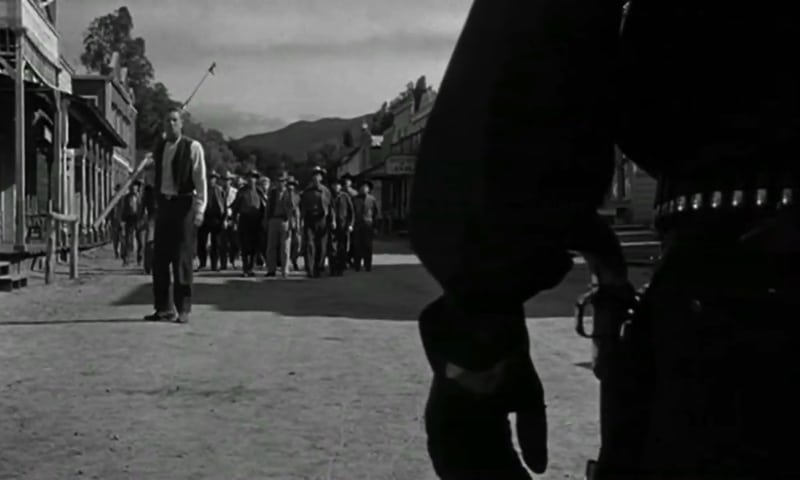 Terror in a Texas Town

Steve Della Casa has spent the past two decades focusing on a fistful of lesser known films from the era. Delving into the archives of the more niche directors like Ray Enright, Lesley Selander, Randolph Scott and Sterling Hayden, he has presented a clutch of cult classics championed by critics and western lovers like Bertrand Tavernier or Phil Hardy, films that celebrate an eclectic variety of characters, tones and styles – and some curios such as Sam Newfield’s 1938 outing THE TERROR OF TINY TOWN, starring dwarf actor Billy Curtis, and his 1937 hit HARLEM IN THE PRAIRIE with its African-American cast. Wacky, eccentric characters are the name of the game in FOUR GUNS TO THE BORDER (1954), actor Richard Carlson’s first film as director, adapted from Louis L’Amour’s novel, showcasing the simmering sensuality of its leading star Colleen Miller. 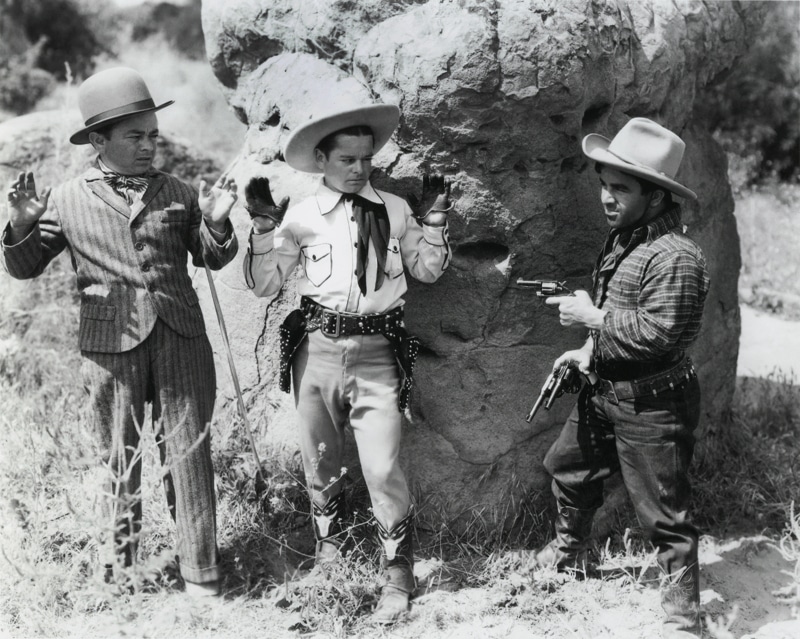 The Terror of Tiny Town

TERROR IN A TEXAS TOWN (1958) was one of four acclaimed B-movies that brought Joseph H. Lewis’ cinematographic career to a close, a dynamic duel between the black-clad gunslinger and striking sailor Sterling Hayden, armed with just a whaler’s harpoon – is one of the most memorable scenes in western history. The American Civil War made its mark on the lives of western heroes, staging scenarios that were as divisive and irreconcilable as the war itself – and reverberate even today. 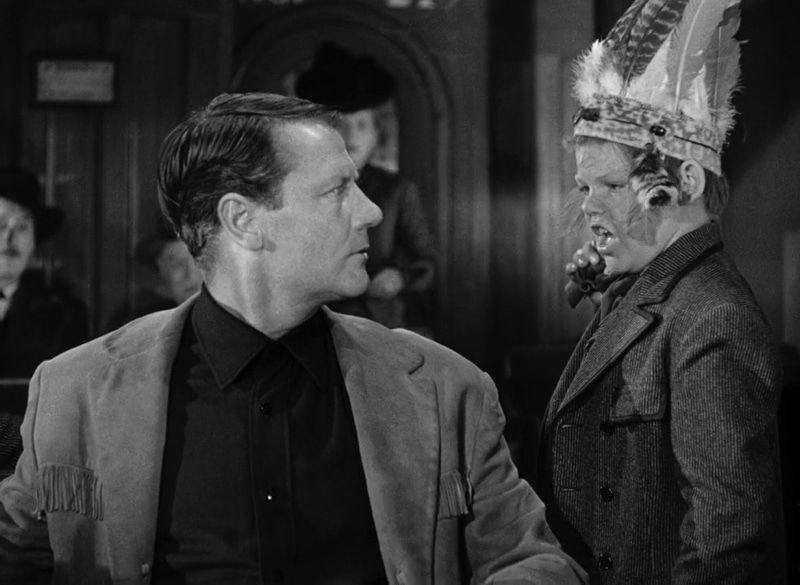 In Roy Rowland’s 1947 outing THE ROMANCE OF ROSY RIDGE (1947) these conflicts take on a poetic and lyrical tone. FOUR FACES WEST (1948) is, by contrast, peaceable by western standards with hardly a shot fired – ironically it was a box office flop – and SHOTGUN (1955), the jewel in the crown of Lesley Selander’s prodigious 100-feature output – is a taut revenge western, filmed in blazing Technicolor. Worth a mention is also CORONER CREEK (1948) which was shot in the more economical Cinecolor by Ray Enright, a film that would lead Randolph Scott – one of western’s most popular stars – to his long and fruitful collaboration with Budd Boetticher. 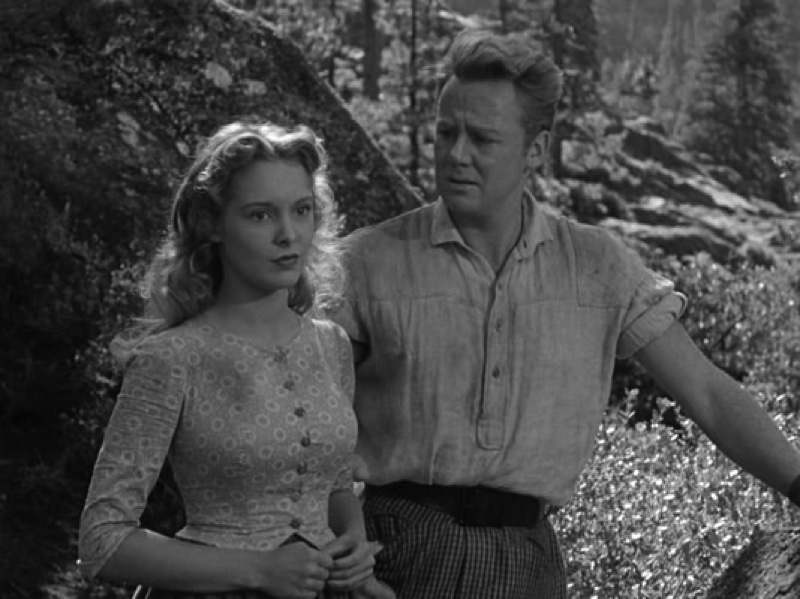 The Romance of Rosy Ridge

And where would be without a psychological western, a sub-genre very much in vogue from the late 1940s onwards: the choice fell on Harry Keller’s SEVEN WAYS FROM SUNDOWN from 1960 (it is the most recent of the eight films in the review), featuring another western pioneer, and hero of the World War II: Audie Murphy. Sometimes these Hollywood classics give a nod to more successful models, occasionally they anticipate them. See them all on the big screen at this year’s Turin Film Festival. MT