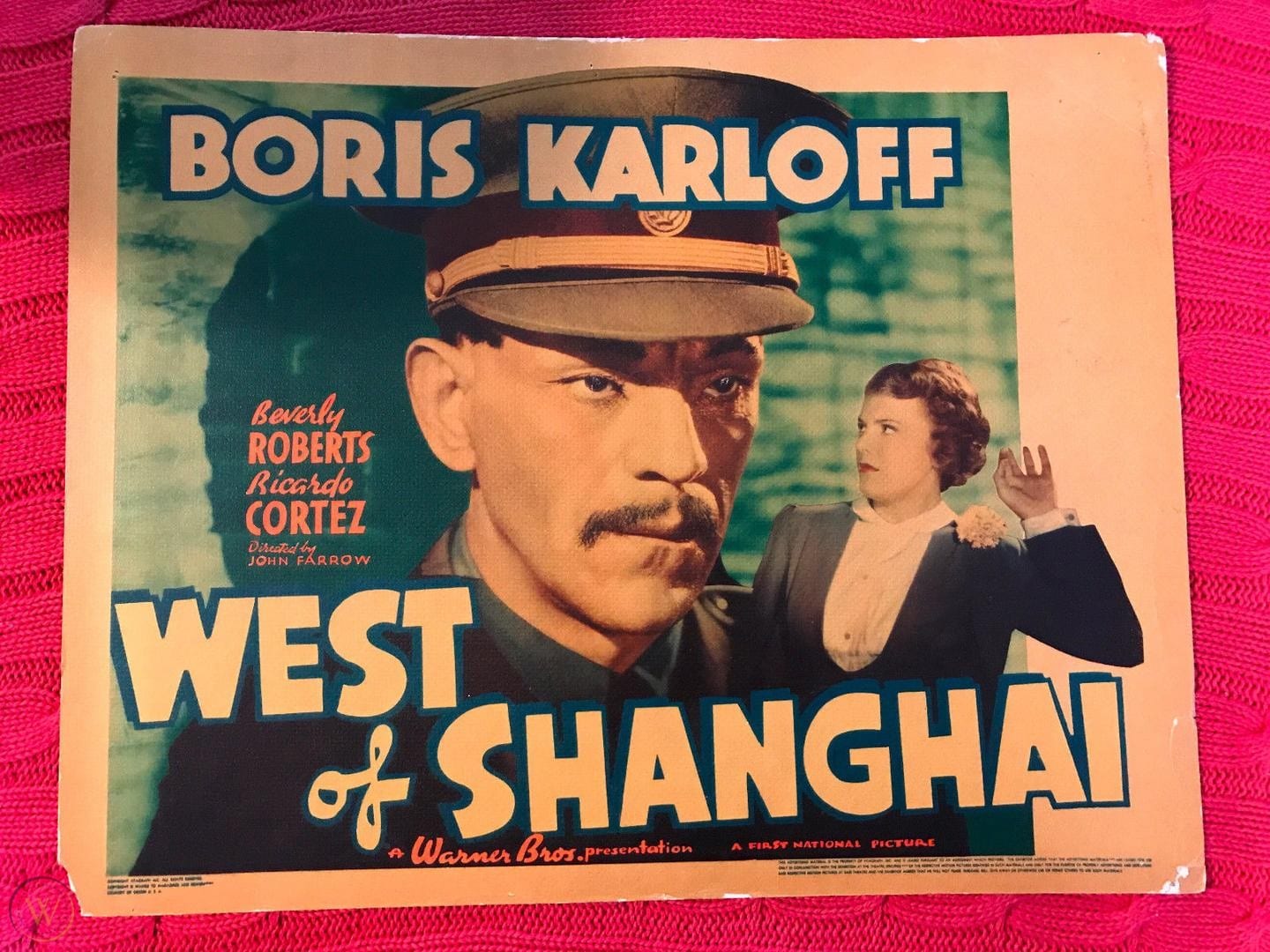 West of Shanghai was the third of four film versions of a play by Porter Emerson Browne (best remembered today for ‘A Fool That There Was’), and was the only version not filmed under the play’s original title of ‘The Bad Man’ or in the original Mexican setting.

Successfully produced on Broadway in 1920, The Bad Man had originally been a comedy, which explains the beguiling flashes of humour sprinkled throughout Ralph Spence’s script; notably in the sassier quips by Lola Galt, and a vaudeville routine in which Fang divests Creed, then Galt, then Dr. Abernathy of $50,000, only for it to eventually end up in Fang’s own wallet.

Boris Karloff is obviously enjoying himself as Chinese warlord General Wu Yen Fang (“I am Fang!!”), despite the uncomfortable-looking makeup, which genuinely gave him blurred vision on the set. His opposite number General Chow Fu-Shan is played by Moscow-born Vladimir Sokoloff, while the authentically Chinese-American actor Richard Loo is the only one not required to adopt an accent as Fang’s US-raised right-hand man Mr. Cheng.

The script does a sort of reverse Psycho by setting up Ricardo Cortez as Gordon Creed as the film’s hero, only to switch allegiance to the boring Jim Hallet (played by Gordon Oliver) and casually have Creed killed off, enabling Hallet to ride off with Creed’s estranged wife Jane (as if anyone cared). Sheila Bromley is so sassy as Lola Galt and Beverly Roberts such a pudding as Jane Creed the film’s switch of emphasis from the former to the latter, and Fang’s unlikely preference for Jane to Lola (“Hair like straw, eye like fog; have wide mouth of fish”) suggests that the script was insufficiently revised to accommodate the casting.

Photography by L. William O’Connell and direction by John Farrow are both up to their usual standard. @Richard Chatten