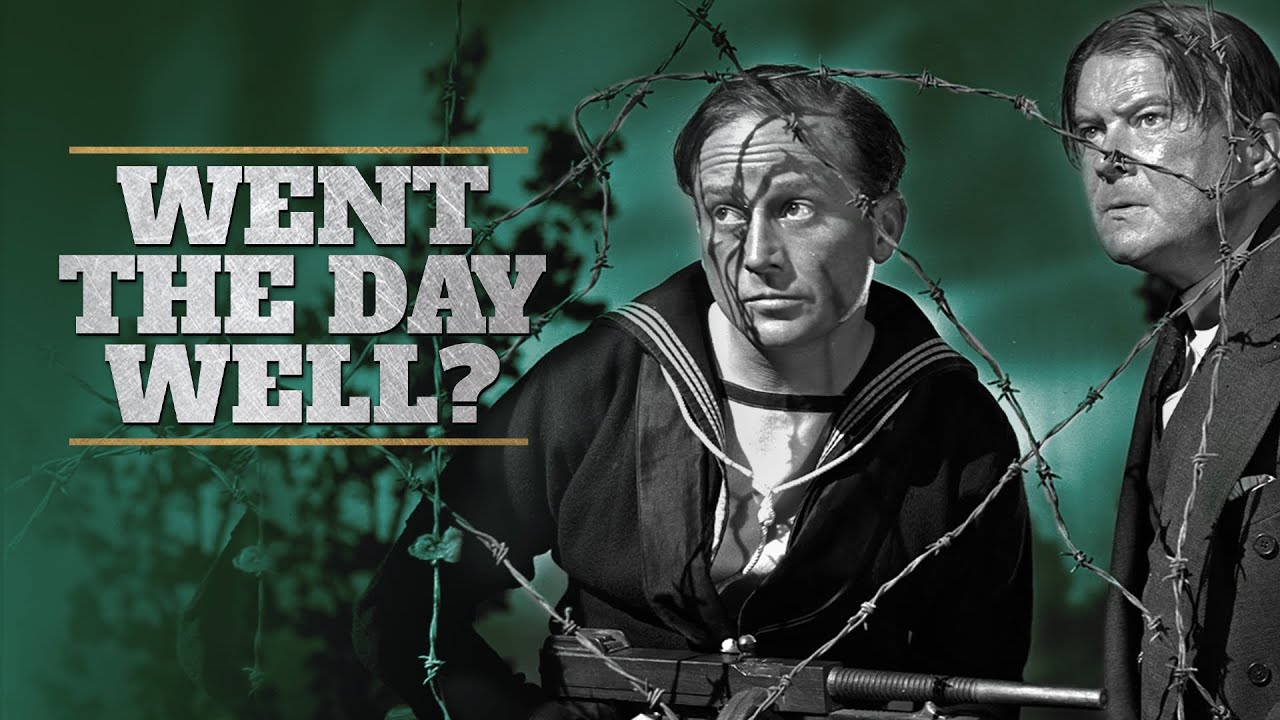 A pretty little English village at Whitsun provides an incongruous backdrop to this remarkably ruthless piece of wartime propaganda in which the Germans behave like utter swine, striking children, shooting old men in the back and bayoneting a woman; in return for which they pay dearly in a variety of eye-watering ways.

Based on the short story by Graham Greene entitled The Lieutenant Died Last, and adapted for the screen by a trio of writers, the part the women play in all this is particularly interesting. One of the land girls looks as if she’s going to be sick after shooting a German while the other is obviously having the time of her life, the lady of the manor shows she’s not as daft as she first seems, and performs an incredible act of self sacrifice (during which she initially collides with the door frame, which director Cavalcanti wisely kept in); while a woman realising the man she loves is a traitor gets her revenge for his double betrayal by continuing to shoot him two more times after she’s already felled him. @RichardChatten

NOW ON THE BBC