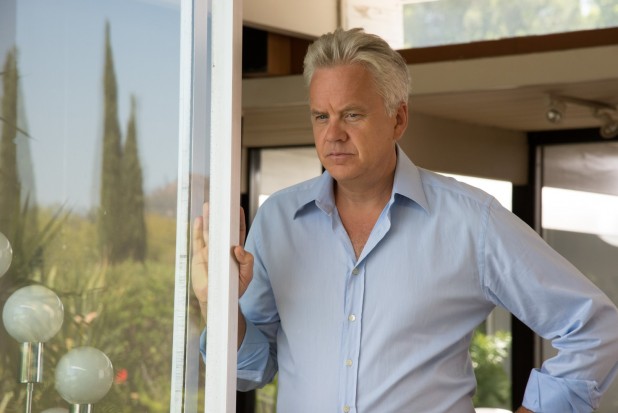 In Shira Piven’s WELCOME TO ME, a mentally unstable woman becomes an unlikely TV personality. Alice Klieg is what is politely called ditzy: but her borderline bipolar personality disorder goes full throttle when she quits her meds on winning the Mega-Millions lottery. Narcissistic tendencies to the fore, Alice (Kirsten Wiig) buys a 15 million dollar TV Vanity slot: a programme entirely dedicated to herself.

Eliot Laurence’s script perfectly portrays the ‘me me’ generation in this amusing, kooky and off the wall comedy that won’t suit everyone. But if you’re a fan of Wiig and her bizarre antics then WELCOME TO ME will certainly appeal. There’s a strange fascination to her portrait of mental illness that somehow reminds us of many people we actually know. Tim Robbins’ psychoanalyst Dr Daryl Moffet brings his own dry wit to the party taking the edge off Alice’s endlessly cloying self belief in an understated comedy performance of his own. Robbins’ is a welcome addition to the cast and a calm and balanced foil to the ongoing silliness, which includes a scene where Alice floats into her show on a boat and shares her deepest sexual longings. Wiig’s Alice is both vulnerable and attention-seeking with her food fads, putative spirituality and nymphomaniac behaviour. But when Alice steps into her Vet’s scrubs to operate on dogs during the live show there’s a distinct feeling amongst animal lovers that this is a bridge too far.

James Marsden plays the head of the TV station who cow-tows to Alice’s whims hoping her money will finance his ailing TV station while his study director (Joan Cusack) is just appalled and strung out by having to tolerate the endless drivel. Occasionally wince-worthy, endlessly bizarre and sometimes funny: WELCOME TO ME will go down well if you’re looking for light-hearted relief over the Easter break. Mental health is no laughing matter and, out of respect, Piven’s narrative always teeters on the brink of tragedy in this clever portrait of mainstream madness  MT

WELCOME TO ME IS ON GENERAL RELEASE and EXCLUSIVE TO TO Sky Store on March 25.